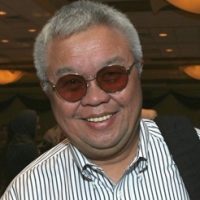 Award-winning photographer Rick Rocamora is based in Oakland, California, and is driven by a passion to use the medium as a tool to seek the truth and find a meaningful purpose for his pictures. God Bless America documents a 1993 naturalization ceremony held in San Francisco for Filipino World War II Veterans who had waited for fifty years to gain citizenship; it ran in several magazines and newspapers.

After eighteen years of corporate work in sales and management, Rocamora quit his job in 1990 to pursue a new career in photography. Since then, he has traveled to Cuba, El Salvador, Nicaragua, South Africa, Vietnam, and the Philippines, as well as working in the United States, to document social and political changes and their effect on daily life.

Many of the images have appeared in the New York Times, Los Angeles Times Magazine, and other publications, including that of the Manila based Philippine Center for Investigative Journalism. He has participated in numerous solo and group shows at the Oakland Museum, California; the San Jose Institute of Contemporary Arts, California; the Center for Creative Photography, Tucson, Arizona; the International Museum of Photography, New York City; and other venues. Recently, his work was featured in Points of Entry – A Nation of Strangers, a photography exhibition about the history of immigration in the U.S., at the African American Museum of the Smithsonian Institution in Washington, D.C., among other venues. 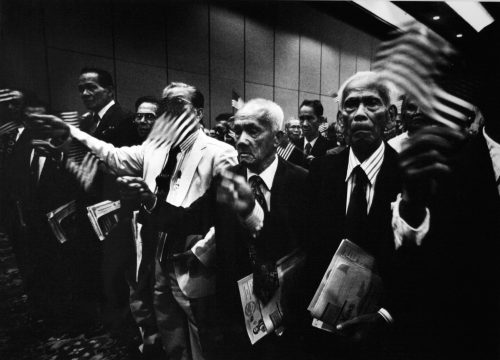