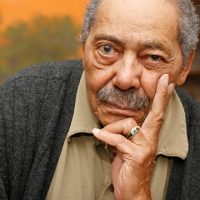 Born in Amityville, New York, Mayhew’s reverence for the land and sea was established during his early years in his small hamlet on Long Island. His father, Alvin Mayhew, was of African-American and Shinnecock Indian descent; his mother, Lillian Goldman Mayhew, was the product of a Cherokee Indian and African-American ancestry. In the late 1950s, Mayhew studied art at the Brooklyn Museum Art School, the Art Students League and Hans Hofmann’s School of Fine Art in New York. An abstract expressionist, Hoffmann instructed him in color and the freedom of intuitive expression. Other teachers included Reuben Tam, who reinforced Mayhew’s spiritual kinship with nature; Edwin Dickerson, an American impressionist; and Max Beckham, an expressionist who helped Mayhew channels emotions through his work.

He commits each impression to memory like a Zen master until the time arrives to reveal them on paper or canvas. His creative process is therefore twofold: he experiences through sight and feeling and then selectively interprets that experience through paint. In addition to his worldwide exhibitions, Mayhew’s work is represented in the permanent collections of the Whitney Museum of American Art; the National Museum of American Art, Smithsonian Institution; the Brooklyn Museum; the Metropolitan Museum of Art, New York; the Los Angeles County Museum; The Manoogian Collection and the Charles H. Wright Museum of African American History, among others. 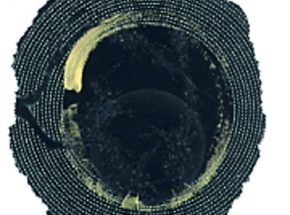