Born in Cleveland, Renée Lotenero earned a BFA from Art Center College of Design, Pasadena (2002) and an MFA in sculpture from UCLA (2004). She was a visiting artist at the America Academy in Rome in 2005. Lotenero has had solo exhibitions at McClain Gallery, Houston (2001, 2005, 2007); Steve Turner Contemporary, Los Angeles (2008) and the John Michael Kohler Arts Center, Sheboygan (Fall, 2008). Her work has been featured in various group shows including Almost 30, Ulrich Museum of Art, Wichita (2006) and THING: New Sculpture from Los Angeles, Hammer Museum (2005). Renée Lotenero’s sculpture and works on paper incorporate elements of architectural design, particularly ceramic tile, found objects and photographs. Her cataclysmic sculptures appear to be frozen in time, alternating between a state of creation and destruction. For her solo exhibition at Steve Turner Contemporary in 2007, Renée Lotenero made sculpture that included over 2000 tiles that she produced herself. She created the patterning for the tiles from an existing frieze she found on the exterior of the gallery building. 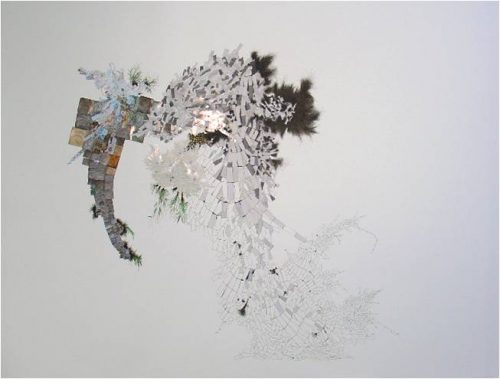 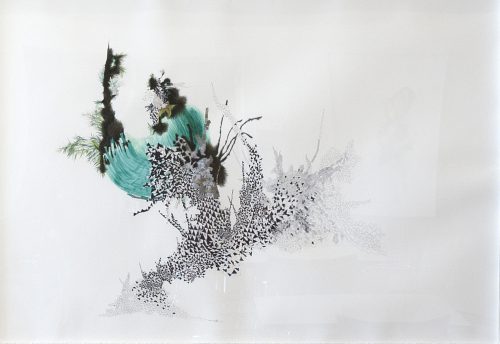