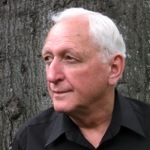 Born in Bountiful, Utah, broadly traveled throughout the United States, Europe and the Far East, Ray Pierotti’s academic studies were art-centric with an emphasis on classical Western music, dance and poetry. Subsequent Informal studies have been in the symbiotic resonances between color, sound and shape.

Firmly rooted in the material world of wave and particle physics and spiritually inclined towards mysticism, Eastern and Western philosophies are continually referenced in his personal visual language. “I am drawn to the ephemeral nature of light. The source of both the external and internalized appearances of color in materialized space. Scenes remembered and scenes imagined commingle like the smells, the tastes and the textures of memorable lives.” Academically, in the discipline of painting, he would be labeled “self taught”. He recognizes that his tutors have been the thousands of museums, cathedrals, artistic performances, world class libraries and personal acquaintances encountered over the years in his world travels.

Not comfortable with stylistic labels – though he has developed a recognizable visual language, his emphasis is on multi-layered transparency. An important muse is the Chinese poet, Loatzu who wrote “…whether a man dispassionately sees to the core of life or passionately sees the surface, the core and the surface are essentially the same, words making them seem different only to express appearance…”

He is catalogued in the Archives of American Art, and listed in Who’s Who in International Art & Design. His paintings and drawings are included in over 280
corporate, private and public collections throughout the USA, South American, Europe and the Far East. 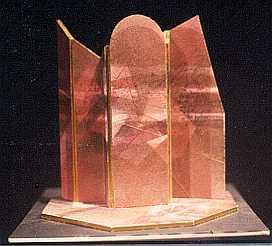 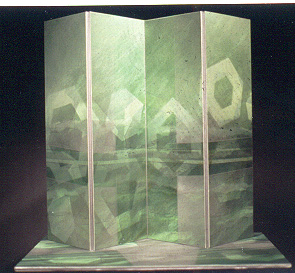 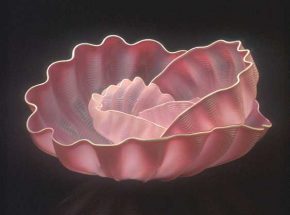