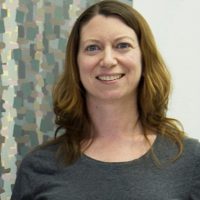 Rachael Wren’s paintings use geometry to give form and structure to ephemeral natural phenomena. She is drawn to moments in nature when form and space seem to mingle, when edges disappear and atmosphere becomes all-encompassing — fog playing between tree branches, light shining through clouds, the water’s horizon as it meets the sky. In her work, hints of landscape emerge and then dissolve into layers of subtly shifting color and mark. The small, discrete brushstrokes accumulate into dense, shimmering spaces, echoing the fundamental particles that compose all matter. They hover and vibrate between the crisp lines of an anchoring grid, an interplay that suggests the universal duality between structure and randomness, order and chaos, the known and the unknown.

Rachael Wren received a BA from the University of Pennsylvania and an MFA from the University of Washington. She has exhibited her work in galleries and museums nationally and internationally, including the National Academy Museum, the Weatherspoon Art Museum, the Teckningsmuseet, and Wave Hill, among many others. Rachael is the recipient of the Julius Hallgarten Prize from the National Academy Museum and an Aljira Fellowship. She has been awarded residencies at Emerson Landing, Chashama North, the Saltonstall Foundation, the Byrdcliffe Art Colony, the Vermont Studio Center, the Anderson Center, and the Artist House at St. Mary’s College of Maryland. She lives and works in Brooklyn, NY. 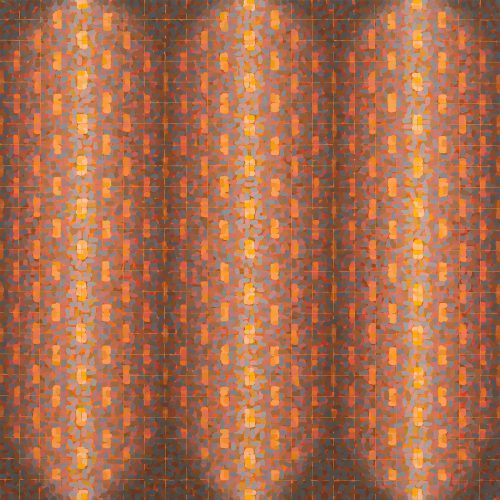