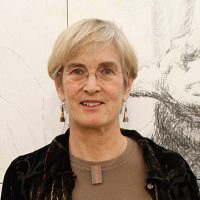 Prilla Smith Brackett has been working professionally as a painter for 30 years. For over 18 years, she has been approaching landscape in a conceptual way, in that she uses landscape to say more than a description of a place. An early series emphasized the intersection of the natural and man-made worlds through juxtaposition and fragmentation of images. Later series became more contemplative.

Recently she has been exploring the intermingling of the domestic with the natural in drawings, monoprints, and mixed media paintings on panel. She incorporates semi-transparent furniture from another era with forest imagery, experimenting with how transparent and above the forest the furniture is, or how embedded it is within. When furniture from a previous era is placed in a forest, Brackett finds such narrative uncertainty fascinating.

Forests have played a large role in our histories. They have given us raw material and air cleansed of carbon dioxide. They have long been scary places on civilization’s edge, as well as places of refuge and hidden secrets, of solace and spirituality, of make-believe. Brackett’s work brings forth such associations in viewers. She creates spaces where the imagination can wander and memory can surface.

Her honors include 2001, 2003, 2007 & 2009 residencies at the Virginia Center for the Creative Arts, a 1998 award & residency at the Ucross Foundation, 1997 & 1998 residencies at the Ragdale Foundation, a 1994 residency at the Millay Colony for the Arts, a 1992 Earthwatch Artist award in Madagascar, a 1989-90 fellowship in painting at the Bunting Institute of Radcliffe College, and a 1990 travel grant to Costa Rica. The 2010 publication of “Venus & Other Losses,” by Lucia Galloway, and the 2008 publication of “Mrs. Ramsey’s Knee: Poems by Idris Anderson” each feature one of Brackett’s paintings in color on the cover. With social science degrees from Sarah Lawrence College and the University of California/Berkeley, Brackett earned her MFA in drawing & painting from the University of Nebraska/Lincoln in 1981. In addition to a solo exhibition at DeCordova Museum & Sculpture Park (MA), Brackett has shown at the Portland Museum of Art (ME), Ashville Art Museum (NC), Lyman Allen Museum (CT), Lancaster Museum of Art (PA), Arnot Art Museum (NY), Fitchburg Art Museum (MA), Berkshire Museum (MA) and in two venues at the 1995 Beijing UN 4th World Conference on Women.

Her work is in public and private collections, such as the New Britain Museum of American Art, Fogg Art Museum of Harvard University Museums, DeCordova Museum, Art in US Embassies Program, National Museum of Women in the Arts, Radcliffe College, Boston Public Library, Federal Reserve Bank of Boston, E. F. Hutton, Fidelity Corporation, Honeywell, and Shell Oil in the USA, Japan, and Europe. 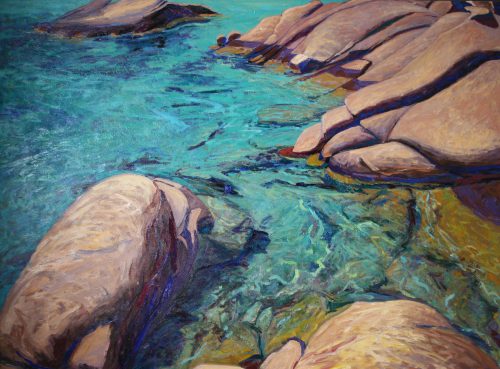 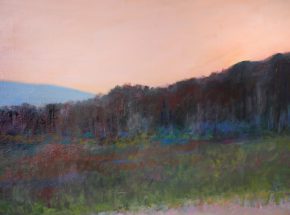 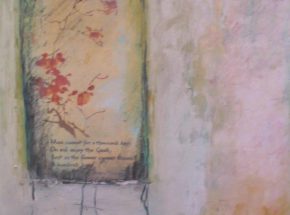 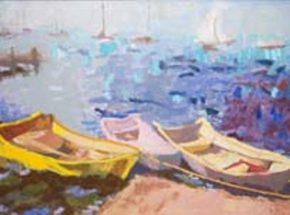