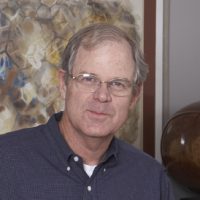 The Moulthrop family are three generations of woodturners, starting with Ed Moulthrop, credited as the “father of modern woodturning”. The family has been documented in the book Moulthrop: A Legacy in Wood.

Philip Moulthrop is the son of Ed Moulthrop. Philip graduated with a BA from the West Georgia College in 1969. When he left college he had to consider the military draft that was looming about. He enlisted with the United States Navy as part of a two year active duty program. He was transferred back to Atlanta for a year, where he attended weekly meetings, until he was called up for active duty. Moulthrop’s active duty took him straight to Vietnam where he was assigned to work as a language instructor in Saigon. During his year long stay in Vietnam he took up photography to help pass the time. His time spent in the Navy allowed him to see many things & places that he never would have been able to see otherwise. After serving his duty in the Navy Philip went back to college at Woodrow Wilson College of Law where he graduated in 1978 with his degree in law.

Philip originally started his professional life working as a lawyer. Over several years he started to work more and more with wood, much as his father had, and eventually left the law field to work as a full time wood turner. His career was helped by a number of influential people, one of which was a collector by the name of Bud Jacobson. Jacobson acquired several of Philips pieces for his own collection, which was later featured at the Renwick Gallery of the Smithsonian Institution. Connections like these led to his work being known by many well known people and featured in very prominent collections.

In 1992 Philip introduced a new style of wood vessel, his mosaic series (see photo at right). These vessels were formed by taking cross sections of various branches and blending them with a dark black resin. The vessel would then be sanded down and polished, producing a unique result. These works are considered by many collectors to be his most prominent contribution to the wood turning field.

In 1993 President Bill Clinton and First Lady Hillary Clinton encouraged the creation of the first official White House crafts collection, which would serve as a tribute to the ongoing tradition of American crafts. Michael Monroe, curator-in-charge of the Renwick Gallery of the Smithsonian Institution’s National Museum of American Art, was chosen to be the curator of this new collection. Monroe, who was already familiar with the work of the Moulthrop family, chose Ed & Philip Moulthrop to be included in the collection.

In June 2004 Philip’s work was chosen to be used as gifts for each of the eight national leaders attending the G8 summit in Sea Island, Georgia. He provided eight bowls, which would travel home to eight different nations, helping give world wide recognition as a prominent wood turner.

Philip’s pieces can be viewed in permanent collections across the world including The Olympic Museum in Lausanne, Switzerland, the Museum of Arts and Design (formerly American Craft Museum) in New York City, The Smithsonian Institution, Renwick Gallery of the National Museum of American Art in Washington, D.C., Yale University Art Gallery in New Haven, CT, and many other prominent galleries and museums. 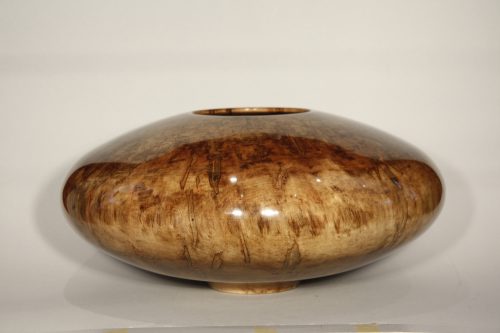 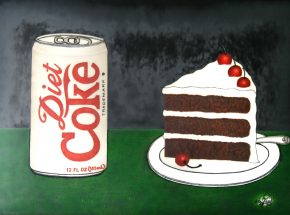