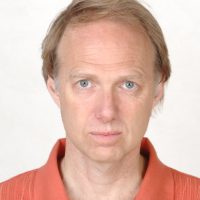 Perry Brent Davis always knew he wanted to work for some purpose other than simply a paycheck. He liked the thought of creating things and his engineer father encouraged him to study drafting and design in school. Knowing that working for big companies or being an engineer wasn’t of interest to him, Perry first began to express his artistic talents working with leather and fur clothes and accessories, but the medium wasn’t as satisfying as he wished.
When a friend suggested jewelry this opened a new world to Perry. Dazzled by the beauty of the gem stones, Perry liked creating jewelry, but he found that working with the stones was what he really loved. Perry continued to explore his passion for gemstones. Knowing he needed more knowledge, he enrolled at the Geological Institute of America and received his Graduate Gemologist Degree to gain professional level knowledge of gemstones. Soon after, Perry began to experiment by working with various types of stone to create smaller stone carvings.
After becoming a graduate gemologist Perry spent several years in Colorado perfecting his art, increasing his knowledge and developing experience with the stones. Perry was determined to find a solution that would enable him to create larger gemstone sculptures or carvings. Over the next 25 years Perry opened stores in Georgetown, Copper Mountain and then later studios in Silver Plume and Idaho Springs. As his interest grew, he attended several sculpture shows and found that no one was really working in larger hard stone sculpture. In the carving industry there are literally only a handful of artists in the USA working with stones larger than jewelry size.
After increasing his knowledge and spending time perfecting his skill, Perry decided it was time to move to the next level. That decision led him to China

When he learned that a large scale carving factory had recently shuttered it doors and a small studio had emerged, Perry decided to take advantage of the situation. Relocating his studio to Jinzhou, China, he was able to partner with one of the plants former design directors. More importantly, together they were able to hire six of the most skilled carvers from a factory that had once employed 1000 carvers.
“My carvers average over 35 years of experience in carving stone,” remarked Perry. “It would be difficult to employ six stone carvers in the USA, let alone any with that kind of experience.”
The Chinese have been carving stone for thousands of years. Jade has always been the most popular medium, but Chinese carvers have also worked with many other stones. The Chinese value and specialize in intricate carvings. Some of the more elaborate carvings commissioned by the Emperor were a lifetime of work for Chinese carvers. But today, things are different. The techno age is upon us and these time honored skills are being lost to quick, simple, low quality methods. Seldom are young people willing to take the time and make the effort to serve the apprenticeship needed to learn the skills of their ancestors. The market demand in carving is mainly for very commercial items where the needed skills are few.
Bridging the gap between the age when carving was a lifetime work and modern society’s desire for mass production and disposable products, the Perry Brent Davis Studios has initiated a fusion of old and new. The result is a synthesis blending old world experience and talent with modern techniques to create a fresh contemporary style of carving.
The process of hard stone carving is extremely difficult, labor intensive and time consuming. It’s easy to carve in soft stone. It’s even relatively easy to make large carvings with a poor finish. Fine finishing in small jewelry is also easy. But fine finishing large gem stone pieces to the same quality as fine jewelry is exponentially more difficult. There is no trick to make it easy. It requires skilled technicians and a huge amount of time.
Finding the right technicians was not easy. Re-training stone carvers to craft jumbo gems to such a high quality level has been a unique project/endeavor. Even historically, to our knowledge this level of cooperation has never been experienced before in China. China is definitely advantageous for this work. Perry has been able to benefit from the life experience of the Chinese carvers. Working in China has allowed Perry to collaborate with his talented Chinese technicians to create something truly innovative in the sculpture/carving world. The certainty of this project is only as clear as world events allow, it will help collectors to see how special these pieces are. Innovators are often followed by imitators, but when you combine the talent and effort that goes into each sculpture, it’s doubtful there will be any one else willing or able to produce similar quality works of art. 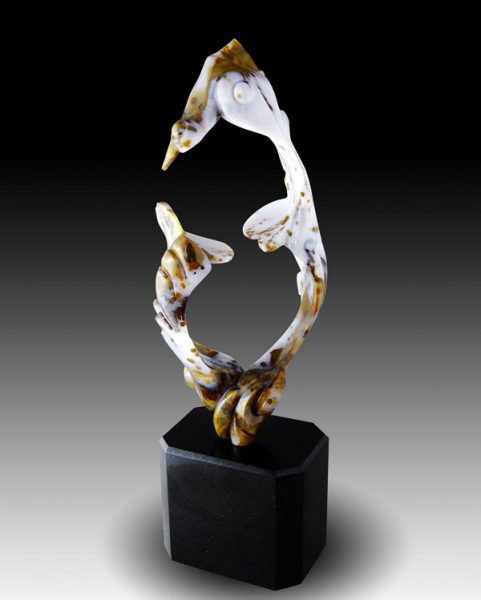 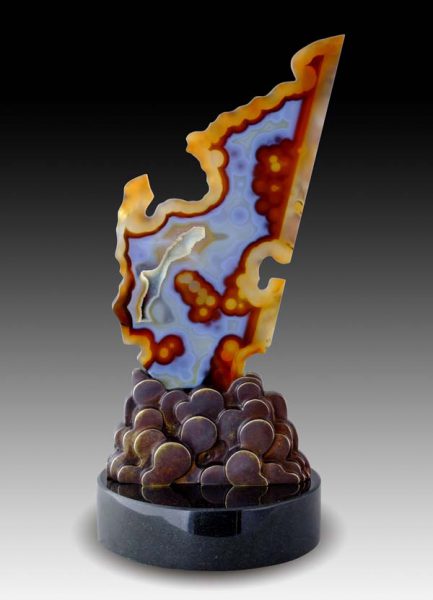 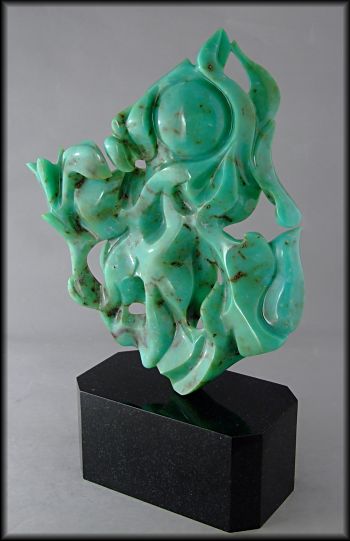