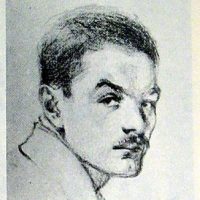 Peppino Mangravite, an artist of Italian descent, created poetic works based on personal experience and observation, and filtered through his romantic sensibility. His paintings deal more with mood and sensuous effects than with description. Mangravite was born in 1896, on Lipari, an island north of Sicily, where his father, a naval officer, was stationed. As a child he began a traditional Italian art education in Carrara. Mangravite and his family later immigrated to the United States, but the painter returned to Italy and then studied briefly in Paris. Back in New York in 1914, Mangravite took classes at the Cooper Union Art School, but in 1917 he transferred to the Art Students League, where he worked under Robert Henri, who perhaps influenced Mangravite to choose themes that were heartfelt and based upon his personal experiences.

While Mangravite’s works from the 1920s were dark in mood, his works from the 1930s and 1940s were intensely lyrical. His paintings were exhibited widely, and he was the recipient of a number of awards, including Guggenheim Fellowships in 1932 and 1935. In 1938 his work was included in the Venice Biennale in Italy, and in the following year he received an award in the Golden Gate International Exhibition. Mangravite was active in New Deal art programs, executing murals for the Department of Labor in Washington, D.C., and for post offices in Hempstead, New York, and Atlantic City, New Jersey. He was prominent as an art teacher at many institutions, including his position as the Director of the Art Department at Sarah Lawrence College and a Professor of Painting at Columbia University. In addition, he regularly contributed reviews and articles to art journals. He died in Connecticut in 1978.

Self portrait by Hugo Gellert, circa 1918. 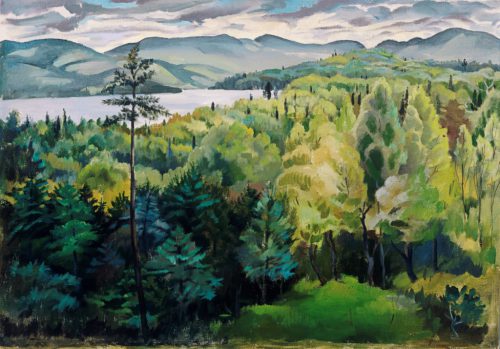