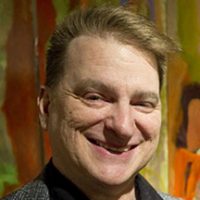 Paul Edelstein is one of the Mid-South’s best-known artists. Born in Louisville, Kentucky in 1959, Edelstein was raised in Memphis, Tennessee, where he resides today. Edelstein began painting during his early teens. “I felt kind of lonely and depressed as a teenager,” he says, “and used painting as therapy.” He later received his Bachelor of Arts in Painting and Russian from the University of Memphis, Tennessee.

Edelstein was a pupil of artists, Dorothy Sturm (b. Memphis, 1910-1988) and Marjorie Liebman (b. Memphis, 1911), both were at one time with Betty Parsons Gallery in New York. Betty Parsons was an important art gallery owner who helped start the careers of some of the most important artists in 20th century American art. These artists included Jackson Pollock, Mark Rothko, Clyfford Still, Ellsworth Kelly, and many others.

He currently runs the Paul Edelstein Gallery and Studio in Memphis, Tennessee and gives private lessons in painting. 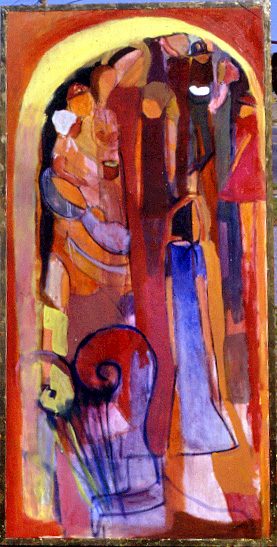