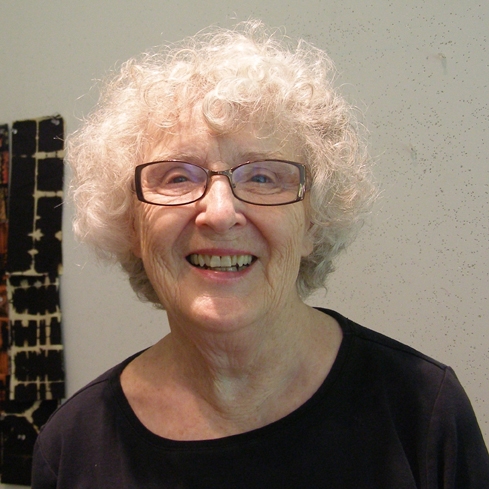 Patricia Malarcher has had 20 solo exhibitions and has exhibited in numerous invitational and juried group exhibitions throughout the US and in Europe, Asia, and Africa. Among them are “Frontiers in Fiber.” which traveled in the Far East under the auspices of the US Information Agency, and “Six Continents of Quilts,” which was organized by the Museum of Arts and Design and toured internationally. Her work is in many corporate and private collections and those of the Museum of Arts and Design (New York), Cleveland Museum of Art, the Museum of Fine Arts (Boston), and the Racine Museum.

Of her artwork, Patricia Malarcher states:

“I am interested in the potential voices of different materials, particularly contemporary materials for which there are no limitations set by precedents or tradition.

Generally, my work is built incrementally, from small units to larger constructions. I work primarily with fabrics and various plastics, with sewing by hand or machine as the means of construction. Often I create a series of small pieces-e.g., six or eight inches square-in a spirit of open-ended exploration. I then assemble them into a larger construction, either attached to each other in a quilt-like format or as a set of related units. I also assemble units into three-dimensional structures.

I aim for ambiguous surfaces that draw the viewer in, hoping for more than comes across at first glance. The work is frequently encoded with cultural references through the inclusion of ready-made textile elements, found objects, images from posters and graffiti. I often use reflective materials that respond to ambient light, adding to the surface complexity.”

Patricia Malarcher has contributed articles to publications including The New York Times, American Craft, and Fiberarts and has written chapters for books including Objects and Meaning edited by Anna Fariello and Paula Owen. She was awarded a Renwick Fellowship from the Smithsonian Institution for research in craft criticism. Currently she is Editor of the Surface Design Journal published by the Surface Design Association. 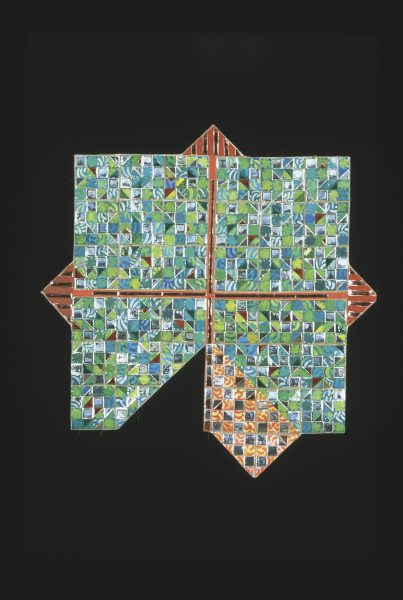 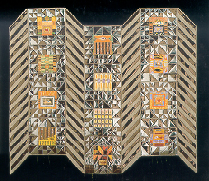 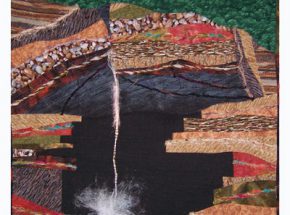