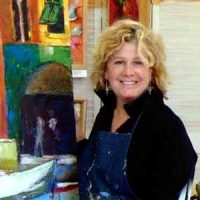 I moved to New York City in1977 to attend Parson’s School of Design while living in and renovating a loft in SoHo. Finally, I ended up pursuing a career on Madison Avenue eventually becoming an associate creative director and VP at several large ad agencies creating TV commercials for consumer giants such as Procter & Gamble, Texaco, Johnson & Johnson to name a few. Essentially I sketched storyboards (and often wrote as well) to persuade you to buy their products. I mention this because creating storyboards for the television medium became a launching pad for my paintings later on, many of which tell stories.

When I wasn’t in film production, I painted watercolors which I displayed and sold out of my father’s Manhattan restaurant. In 1996 I was splitting my time between Westport, CT and New York, when my husband (Parker Kennedy) had the crazy idea of moving to his hometown in Raleigh and opening an Italian restaurant.

We literally pulled up roots and opened Caffe Luna in 1996. I have been painting full time ever since.

Growing up in restaurants and cafes I am by nature drawn to drama and have honed a lifelong habit of eavesdropping and “innocent” voyeurism.

Last but not least, I am a multitasker by nature thus paint in both oils and acrylic, with brushes and/or palette knives on canvas, panel or masonite depending on the subject and often have several paintings going at the same time in different media.” 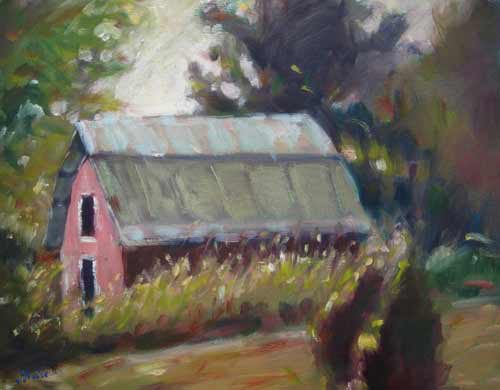 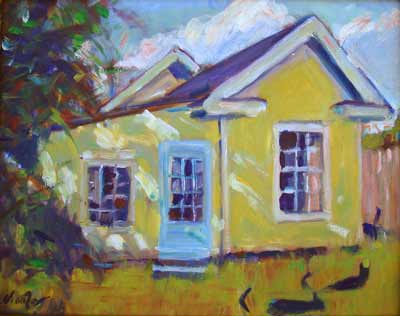 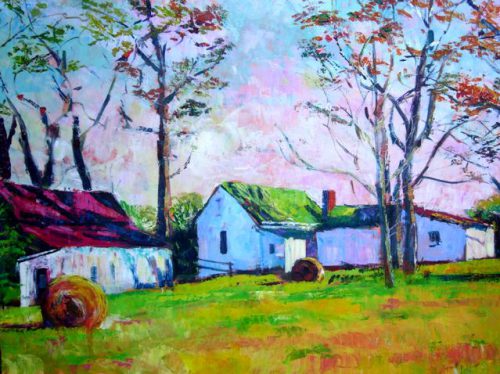