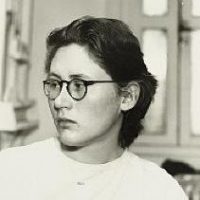 Nell Blaine was born and raised in Richmond, Virginia. Between 1939 and 1942 she attended the Richmond School of Art (now Virginia Commonwealth University) but left its classical realist curriculum when an instructor introduced her to modern art.
With money earned from her work in commercial art, she went to New York to study with abstract expressionist painter Hans Hofmann. Shortly afterward, she married a jazz musician and immersed herself in the world of jazz, associating with saxophonist Charlie Parker, composer/trumpet player/singer Dizzie Gillespie, and Beat Generation writer Jack Kerouac. Her paintings of that time reflect her strong developing sense of a relationship between jazz and abstract art.

In 1944 Blaine became the youngest member of the American Abstract Artists and exhibited hard-edged geometric paintings. She joined a cooperative of abstract artists and worked so hard at organizing shows that some referred to the Coop’s art space as the Blaine Street Gallery. She appeared to thrive in the New York art scene of the 1940s; however, she decided that her lifestyle was unhealthy and left the city, eventually traveling to France, where she admired the work of painters Gustave Courbet, Eugene Delacroix, and Nicholas Poussin and adopted figurative art, but in an abstracted style.

In 1959, on the island of Mykonos, Greece, she learned that she had polio. Her New York art friends organized an exhibition to raise money for extensive treatment at Mount Sinai Hospital in New York City. After recovery, Blaine remained in New York, settling in a studio on Riverside Drive and painting from a wheelchair. She spent her summers painting in Gloucester, Massachusetts. Nell Blaine died in 1996. 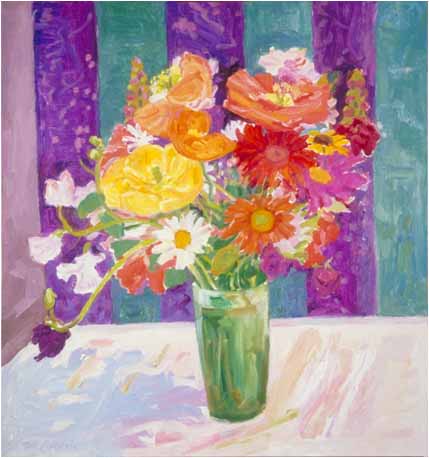 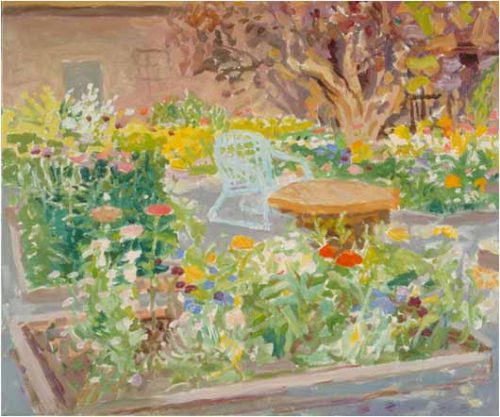