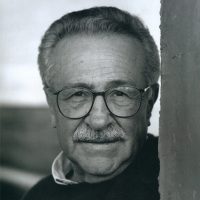 Nathan Oliveira was an American painter, Printmaker, and Sculptor, born in Oakland, California to Portuguese parents. From the late 1950s on Oliveira has been the subject of nearly one hundred solo exhibitions in addition to having been included hundreds of group exhibitions, in important museums and galleries worldwide, including several Whitney Museum of American Art Annual Exhibitions. He taught Painting for several decades in California commencing in the early 1950s when he taught in Oakland and then henceforth at Stanford University. Oliveira is considered to be one of the pioneers of the return to the figuration in American painting that originated in the California Bay Area in the 1950s. Along with various colleagues, Oliviera responded to Abstract expressionism in the mid-1950s by returning to imagery.

Oliveira graduated from San Francisco’s George Washington High School. He attended college in Oakland; first at Mills College, where he attended a class taught by Max Beckmann, and later at California College of the Arts, where he received a BFA in 1951 and an MFA in 1952. Oliveira taught art at several colleges, including the California College of the Arts and Stanford University.

He was a member of the Bay Area Figurative Movement a group of San Francisco Bay Area artists in the 1950s and 1960s who sought a return to figurative painting as a reaction to non-objective abstract Painting. Other Bay Area Figurative School artists include Richard Diebenkorn, David Park, Elmer Bischoff, and later, Joan Brown, and Manuel Neri. Oliveira is also known as an outstanding Printmaker who has executed many unique works in the monotype medium. He has exhibited his paintings in museums and galleries throughout the world. 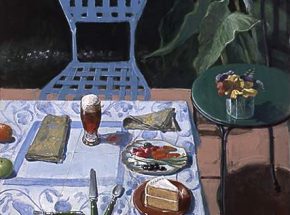