Nadezhda Kouteva’s painting is deeply steeped in Bulgarian folklore and traditions. Her father, Philip Koutev, was a Bulgarian composer, who is widely considered “the father of Bulgarian choir and folk music”. Her paintings and watercolors often depict Bulgarian folk dances, rituals and legends in her very distinct style and pastel colors. She travels throughout Bulgaria and often paints the local traditions and personages in situ in small villages and towns. From 1964-1971, she studied Mural Painting at the National Academy of Fine Arts “N. Pavlovich”in Sofia, Bulgaria. She also had a 1981 Scholarship as a Fulbright Fellow, at the Corcoran School of Arts, in Washington, D.C. 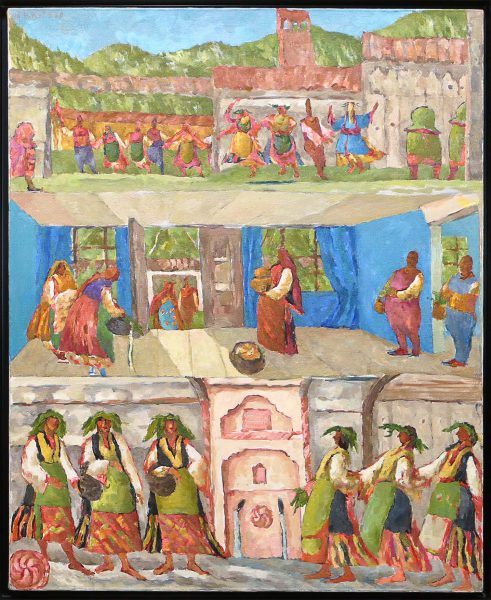