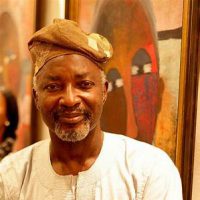 Chief Muraina Oyelami was born in Iragbiji, Nigeria. A man of two worlds, Oyelami is known by many as a master painter while others know him as a great performing artist in music and theatre. He began his career as an artist in 1964 as one of the original products of the famous Osogbo Art School initiated by Professor Ulli Beier and his wife Georgina Beier. He studied Technical Theatre, specializing in Theatre Design at the Obafemi Awolowo University, Ile Ife, where he later taught traditional music from 1975 to 1987. Described by many as a poetic painter with a romantic touch, his works are a representation of his experiences, stories, folktales and landscapes.

Oyelami was also a founding member of the late Duro Ladipo Theatre Company as an actor and musician. He toured with the group to the Berlin Festival of Art in 1964 and the first Commonwealth Arts Festival in the United Kingdom in 1965. Oyelami composed and directed the music for Wole Soyinka’s famous ‘Death and the King’s Horseman’ at the Royal Exchange Theatre in Manchester, England.

Muraina Oyelami has exhibited his works and performed traditional and fusion music in many parts of Europe, Asia, Africa, Australia and the USA. His varied and enormous list of credits include Guest of the Chopin Academy of Music in Warsaw, Artist in Residence and Fellow of the National Black Theatre in Harlem, New York and Guest Professor in African Studies at the University of Bayreuth, Germany.

Chief Oyelami founded the Obatala Center for Creative Arts in 1987 to promote the traditional arts and culture. He lives and works in Iragbiji in southwestern Nigeria. 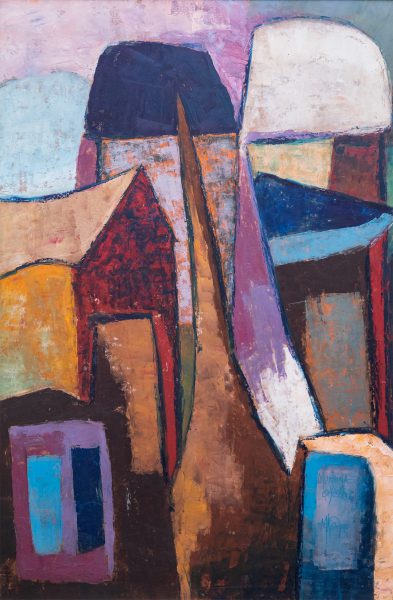 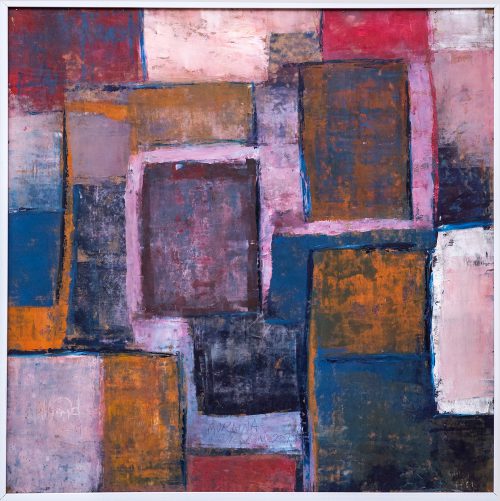