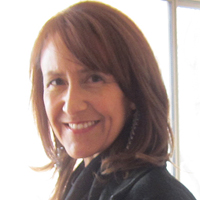 Mokha Laget was born in North Africa, a region where radiant light and dramatic geographical contrasts left a lasting impression. After obtaining a French Baccalauréat in philosophy, she pursued undergraduate studies in literature and anthropology. She majored in Fine Arts at the Corcoran College of Art and Design in Washington DC, where she studied under several prominent members of the Washington Color School (WCS), an influential non-objective painting group whose principal members included Morris Louis, Kenneth Noland, Thomas Downing, Howard Mehring and Paul Reed. During her years in DC, she worked as a professional artist and studio assistant to WCS painter Gene Davis. From 1982 to 1991, she worked as an independent curator, as well as in theatre as set designer, script writer, actor and director. Her writings on art have appeared in such  publications such as The New Art Examiner, The Washington Review, Sculpture magazine, The Santa Fe Reporter, and THE magazine.

After graduating from Georgetown University’s School of Foreign Service in 1992, she traveled the world as a simultaneous French interpreter, discovering much of Africa, Latin America, Asia. She credits these experiences as highly significant in the development of her aesthetic explorations. In the mid 1990’s, Laget moved to the Southwest and her painting style was accordingly impacted by the region’s striking colors. Captivated by indigenous artifacts, she began a seven year training as an art restorer while continuing her own work. Then in 2004, she enrolled in a graduate Museums Studies program and was subsequently invited to work as Curatorial Assistant for the New Mexico Museum of Fine Arts.

Mokha Laget has exhibited internationally for the past 30 years, including in France, Spain, Japan, Italy, England and the United States. Her work has been covered in Art in America, The New Art Examiner, The Washington Post, Art, Ltd, The New Mexican, THE magazine, Dallas Morning News, TREND Magazine, The Washington Review, the Santafean. Her work is included in the collections of the Ulrich Museum, The Museum of Geometric and Madi Art, Art in Embassies, The Artery Collection, The National Institutes of Health and included in private and corporate collections of national and international stature. She lives and works in an off grid studio in the mountains of New Mexico. 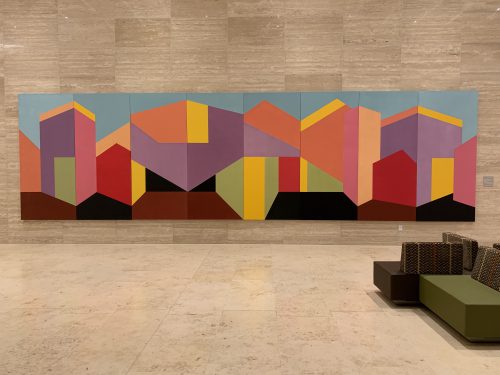