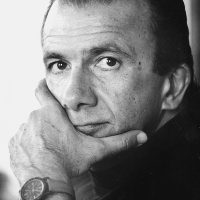 Moisés Cohen’s approach centers around the “symbolism of an alphabet, known to us or unknown. An organic line that draws or writes. An inked sensual trace that tells us a story, a phrase, a name or just evokes the soul of communication through a dripped gesture.” Cohen’s multifaceted works range from street art displays to large-scale sculptures and murals. He recently explored the theme “signs, symbols, and calligraphy” using encaustic, or hot wax, “dripping,” then translating his study into steel sculptures of varying sizes and formats.

Born and raised by an artistic family in Mexico City, Cohen ventured into the visual arts as a teenager. He graduated from Ibero-American University, Mexico City, with a degree in industrial design and regularly attended seminars in textile design at North Carolina State University, Raleigh. In 1998, he presented Munch as Pretext, a series of large-format oil paintings that were developed in the span of four years and appeared in various headquarters such as University of the Américas, Puebla, and Libertad Gallery, Querétaro City, both in Mexico. In 2004, Cohen created plastic sculptures based on the life and work of Jewish philosopher and Torah scholar Maimonides for the Festival of Mexico. This work comprises the visual aspect of Maimonides–Magnanimous Eagle, a book containging eighteen texts by prestigious Mexican intellectuals. His work has been exhibited and featured in public and private collections throughout Mexico City and the United States. 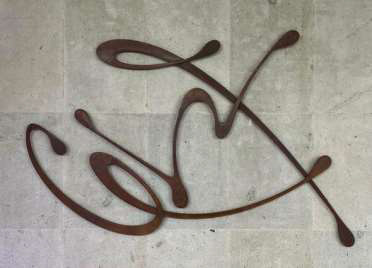