Known for her powerful and elegant color work, Michelle Torrez’ expressionistic oil paintings of figures are vivid and painterly. But on closer examination, there are qualities that are not obvious. Torrez communicates the beauty of unlikely emotions. Torrez believes the greatest influences on her work were the circumstances of her childhood and teenage years. “My life has influenced me to look deeper to find the beauty and humanity in people and places. Even at an early age, I knew I was an artist.” Born in Denver, Colorado, Torrez is the oldest of four children from a working class family. Caring for her younger sibling while her parents worked, she would sit on the porch and draw to pass the time. “The other children would come around to watch and art soon became a way of making friends for me.” Instead of playing with other children, she drew them on the computer paper her father brought home from his job at IBM.

Her art became a survival skill in a rough urban junior high school, where Torrez entertained even the toughest girls by drawing pictures of naked men. By the age of 13 she was painting and selling black light posters, and found herself drawn to the work of Andy Warhol, Peter Max and Spanish painters Velasquez and Salvador Dali. Rebelliousness and the artistic spirit often go hand-in-hand.

Torrez was living on her own by 15, married at 17, the mother of two by 20 and divorced by 23. As a single parent, she was forced to find ways to use her talent to support her family. Torrez studied passive solar architectural design and attended the Colorado Institute of Art where she was top in her class. She graduated in 1987 with an associate’s degree in advertising design. 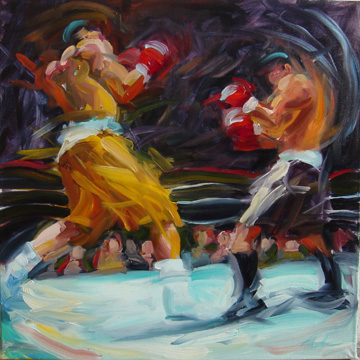 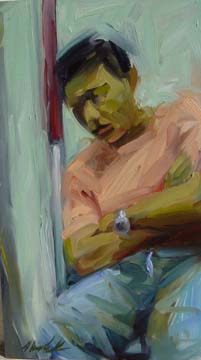