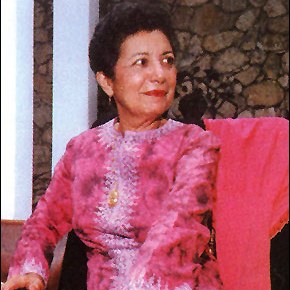 Manuel was born in Port-au-Prince in 1935. At the age of nine her father enrolled her in art classes. Later she studied under the American painter Jonu Pierre-Noel, specializing in the human figure. Then, in 1953, she went to San Juan, Puerto Rico to study with Cerroni at the Academy of Drawing and Painting. The following year she studied at the Rochester Memorial Art Gallery at the University of Rochester in New York.

She returned to Haiti in 1955 and in 1981 La Maison Défly (a group of prominent Haitian art critics) chose one of her paintings, The Market, to be reproduced as a postage stamp.

Michele Manuel was the prime mover behind the restoration of the most typical “gingerbread” house in Port-au-Prince. This house is now the Défly Museum, a fund raising operation for the Haitian Association for Handicapped Children. She is a member of the group Women Painters.

In the 1960’s she had several shows in Haiti, and since 1970, she has had numerous exhibits in Haiti, the United States, Guadeloupe, Cuba, Belgium, Dominican Republic, Venezuela, Chile, Puerto Rico and in France. 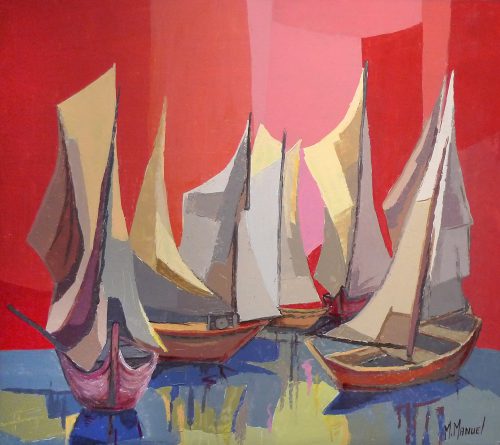