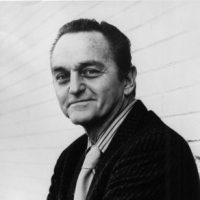 Noted Texas modernist Michael Frary (1918-2005) was influential as both an artist and educator. He attended USC on a swimming scholarship, where he earned a B.A. in Architecture and a Master of Fine Arts in painting. After serving in the U.S. Navy during World War II he worked as an art director for various movie studios before becoming a full-time teacher at UCLA. It was a faculty position in Koogler McNay’s art school that brought him to Texas in 1949, but it wasn’t until 1952 that he began his 34 year career as a professor at the University of Texas, where he was named Professor Emeritus of Art upon his retirement in 1986.

Michael Frary worked in various styles and mediums during his career which spanned nearly 7 decades, producing everything from figurative scenics to abstract compositions. His works earned him over 175 awards and more than 200 solo exhibits and are housed in several private and public collections worldwide including the Smithsonian Institute. 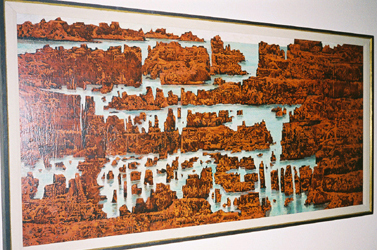 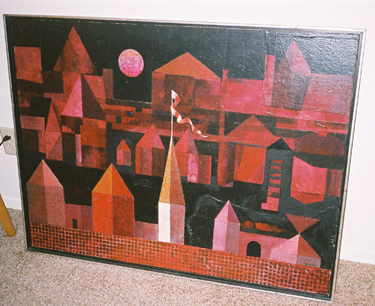