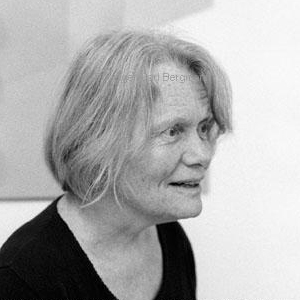 Merrill Wagner moved to New York City from the Pacific Northwest in the late 1950s after graduating from Sarah Lawrence College, Bronxville, New York. In the early 1960s, she transitioned from painting layered cityscapes to geometric abstraction using larger canvases, hard edges, and bright contrasting colors. Inspired in the late 1960s by Eva Hesse, Wagner started to experiment with different materials. She explored textures, patterns, and the ways different media would sit on top of, or repel one another. By the 1980s, Wagner was painting on stone, steel, and slate, focusing on the surface of the material, the geometric patterns inherent within it, and ordering the painting around its individual marks, blemishes, and colors. For Wagner, these enormous paintings represented those things within the landscape that cannot be changed – the ocean, the desert, or the night sky… Wagner’s long-term projects are more akin to scientific experiments than actual works of art. Her ‘paintings’ are sometimes no more than a series of squares of similar hues made by different manufacturers painted on a cedar fence. Their purpose is not necessarily for the contemplation of forms, but rather to study the effects of the elements on the paint itself. The squares are photographed at regular intervals in an effort to allow the viewer to experience the passage of time.
The painted sections disappear, reappear, gather texture, and eventually become shadows of their former selves. Of her work, Wagner says, “Many of my recent paintings are done on sheets of hot rolled steel and attached to the wall with magnets. In addition to full size four by eight feet sheets, I find left over scraps of metal at Robert Dent Plumbing and Air Conditioning Shop in Lightstreet, Pennsylvania. It seems that I am interacting in our civilization through making use of scraps that have been discarded by industry.”

Wagner maintains residences in Washington, New York, and Pennsylvania. Exhibiting since the 1970s, she has held teaching positions in institutions across the United States including the Parsons School of Design, New York City. She is the recipient of numerous grants and awards including the National Endowment for the Arts Visual Artist Fellowship Grant. Her work is held in major public and private collections including those of the Whitney Museum of American Art, New York City; Tacoma Art Museum, Washington; Gemeente Museum, The Hague, The Netherlands; and Microsoft Corporation, Redmond, Washington. 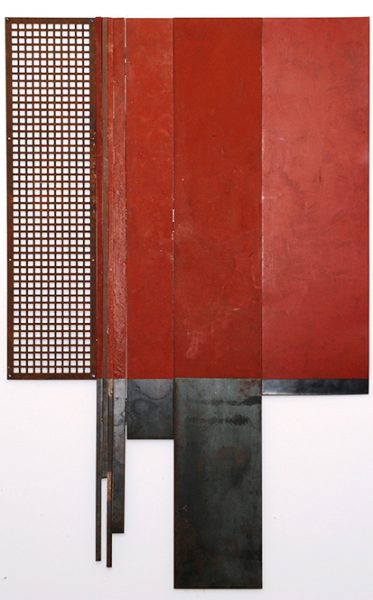 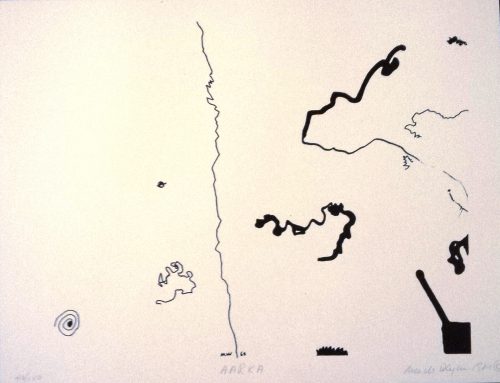