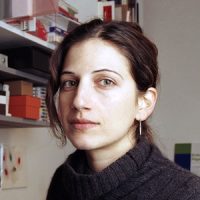 In my series of paintings based on nature I attempt to reveal the
essence of life and create an experience of reverence for the viewer.
This group of work stems from the desire to create a “suspended space”
for interpretation and represent a sort of innocence and perfection, a
sublime existence.

Through the use of an un-controlled composition of objects independent
from one another, the work forces the viewer to question the
relationship between these forms. These abstracted images, taken from
nature, aid in the acknowledgement and admiration of the notion of
existence. Giving presence to an inanimate object seems to convey a
sense of innocence and naiveté, which aids in discovering this idea of
“essence.”

As an artist, my goal is to communicate with and for the audience. My
interest lies strictly in the viewer finding meaning for themselves in
the created “suspended” space.

Melissa Dadourian received a BFA from Pratt Institute with a major in
painting and an MFA from Hunter College in Combined Media and Painting.
She also established a roving exhibition space called Chamber, in 1993,
which continues to provide an alternative venue for artists, most
recently in December 2004 with it’s twelfth show.  Dadourian has
exhibited internationally in Armenia, Australia, France, and Italy, as
well as in Boston and New York. She has been awarded a Visiting Artist
residency at the American Academy in Rome, Italy, in 2000 and at the
Citè Internationale des Artes, in Paris, France, in 1999. Dadourian
lives and works in New York City. 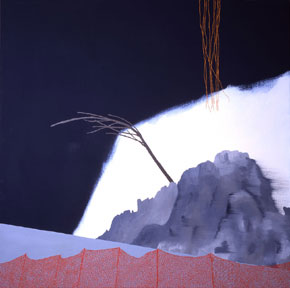 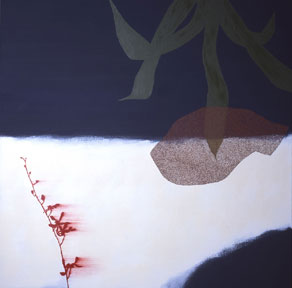