Maurice Prendergast was one of the first American artists to adopt a post-impressionist style, utilizing “flat, short brushstrokes and bold outlines” for his vibrantly colored holiday scenes. Prendergast believed that a painting, “before representing anything, should be perceived as a flat surface covered with ordered patches of color.” The artist spent his later summers in New England, where he painted brightly colored oils and watercolors of people at beaches and parks. He was also a member of The Eight—a group of American painters who protested the National Academy of Design’s conservative principles. 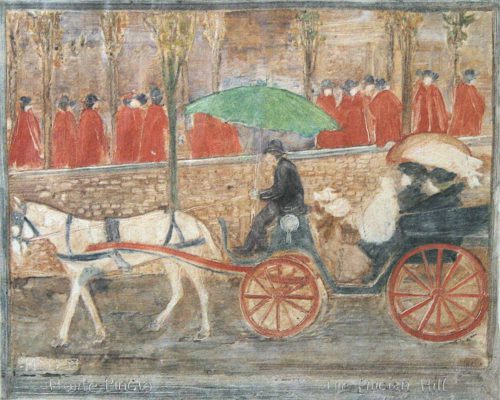 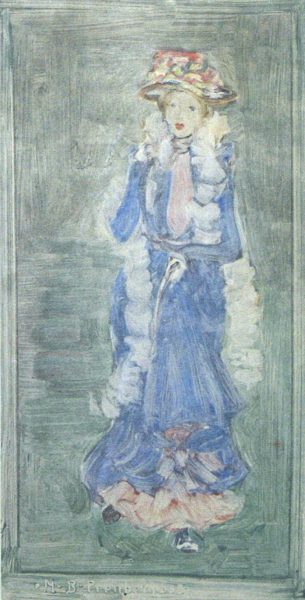 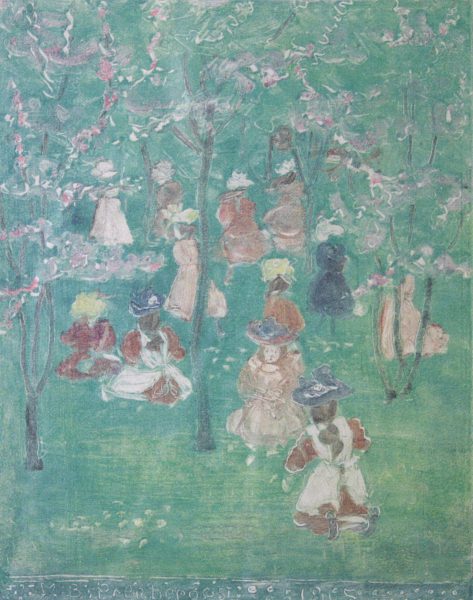 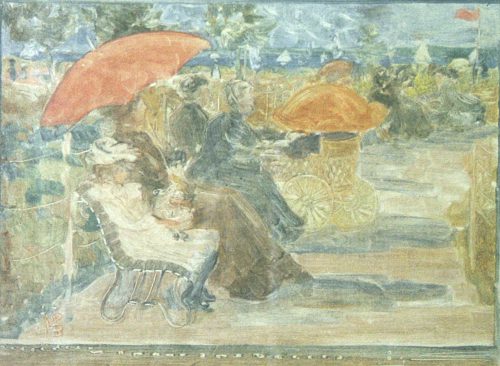 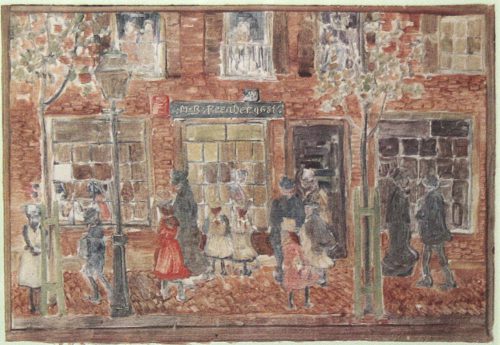 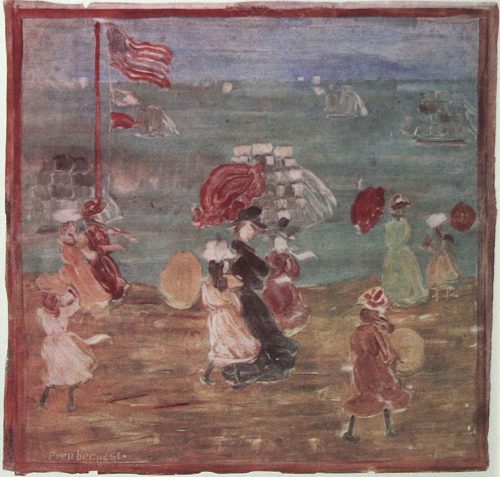 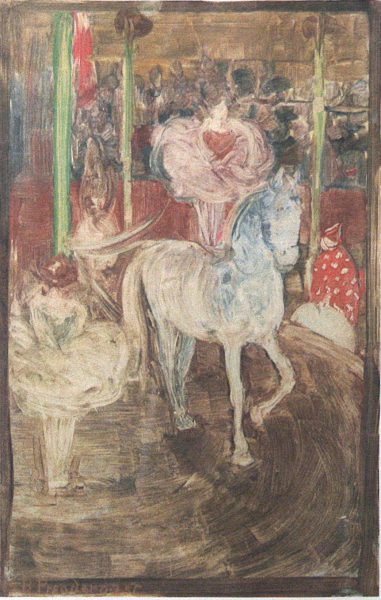 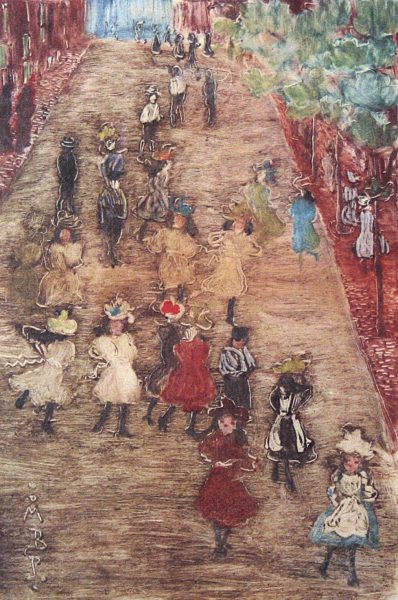 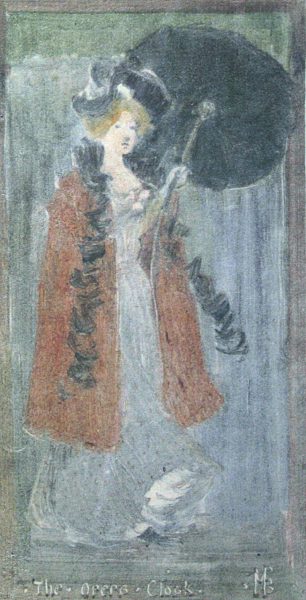 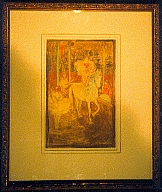 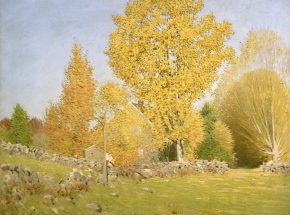