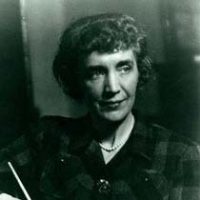 Marjorie Acker Phillips began drawing seriously at the age of five, encouraged to become an artist by her maternal uncles—the painters Gifford and Reynolds Beal. By 1918 she was commuting to New York City from her family home in Ossining-on-the-Hudson, taking classes at the Art Students League. She was especially impressed by one of her teachers, Boardman Robinson, whose theory of “rhythmic continuity” led her to emphasize overall pattern in her work.

Marjorie Acker met Duncan Phillips in New York in January 1921, during the Century Club exhibition of his collection; she recognized that they were kindred spirits. They married later that year. Their visits to Europe, especially a trip to France in 1923, sharpened her awareness of the possibilities inherent in impressionism and post-impressionism. Her mounting attention to structure and rich color in her work was sparked, in part, by her careful study of the paintings of Cézanne and Renior.

Phillips’s works were relatively consistent over her long career: “I decided to paint the celebration of the wonder of the world. I didn’t want to paint depressing pictures. There were so many depressing things; so many self-conscious, forced, foolish things. That’s why my paintings are all on the cheerful side—I felt it was needed.” In speaking of his wife’s career, Duncan Phillips described her as “an artist whose luminous and rhythmical landscapes with figures are worthy to be compared with the works of Berthe Morisot in line and with André [Derain] and Bonnard in color. Marjorie Phillips has the unmistakable style of the born painter.”

Of all the artists represented in The Phillips Collection, probably none had as pervasive an influence on Duncan Phillips and on the shaping of the museum as Marjorie Phillips. She helped him gain insight into the artistic process and shift his emphasis from maintaining a memorial gallery in honor of his father and brother to building a vital museum committed to the contemporary world and the art of both men and women. 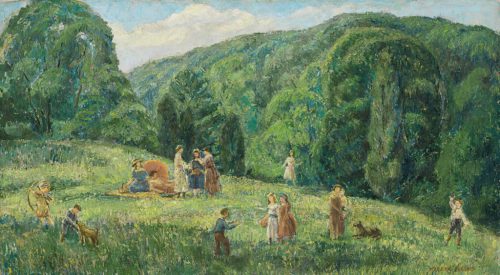