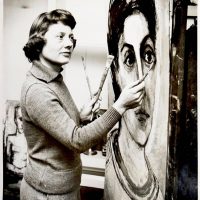 “Art is of no age. Art is of no time. If it’s art, it is going to live,” said portrait artist and socialite Marion Hewlett Pike. Raised on the family’s ranch in Northern California, Pike attended Stanford University where she played golf and majored in Asian art history. She decided to become an artist and studied at the Imperial University, Tokyo, Japan, with private tutors. Her passion for art stemmed from her first visit to the Louvre Museum, Paris, France at age twelve; she would return in 1956 to paint inside the museum and study Rembrandt’s self-portrait for several days, creating approximately ten of her own creations after her trip. Pike painted acrylic portraits of and became lifelong acquaintances with celebrity figures such as Bob and Dolores Hope, Frank Lloyd Wright, conductor Zubin Mehta, ballerina Nadia Nerina, and Pope John Paul II. In 1966, she was commissioned by Time magazine to paint a large portrait of Ronald Reagan for a cover story about his candidacy for California’s governorship; it was later accepted as one of his official portraits at the National Portrait Gallery, Washington, D.C. Pike was the only artist allowed to paint what would be her dearest friend, Coco Chanel, during her visits to Paris for six months of the year. Her works were exhibited at the Laguna Arts Festival and San Francisco’s California Palace of the Legion of Honor in 1955. The artist was known to be a very efficient painter; she would complete one canvas in five hours and create eight portraits in ten days. Pike also specialized in floral still lifes and landscapes featuring European historic architecture, like Notre-Dame Cathedral in Paris and Pont-Neuf Bridge in Italy. Her vibrant artworks are a testament to her artistic legacy, as she was the grandmother of contemporary artist Marion Wesson. 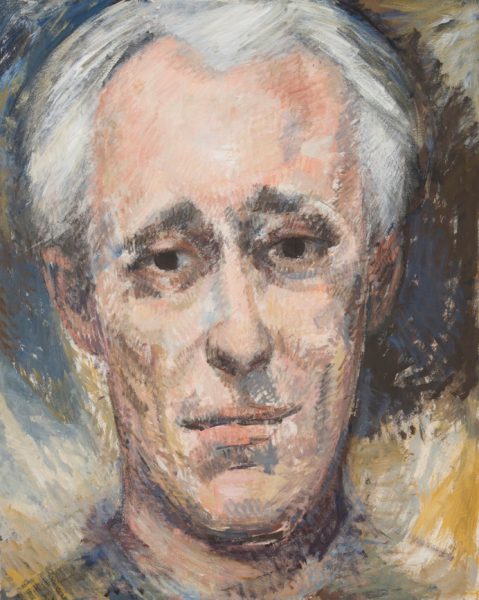