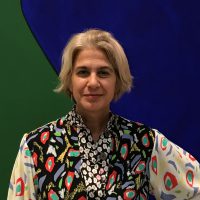 Marina Adams was born in Orange, NJ in 1960. She is a painter based in both New York City and Parma, Italy. She earned degrees from Tyler School of Art, Temple University and Columbia University’s School of the Arts.

A recent solo exhibition of Adams’ work, titled Soft Power, was on view at Salon 94 Bowery this past winter, 2017 as well as an exhibition with Marc Jancou at Giovanella Kunstglaserei in Gstaad, Switzerland. In 2016, Adams presented a solo booth with Karma Gallery and Books at the Independent, NY, which was concurrent with their publication of her newest book, titled Portrait and a Dream. Past solo shows include Marina Adams at Galerie Gris, Hudson, NY (2015 and 2013); Marina Adams: Coming Thru Strange at Hionas Gallery, NYC (2013), Marina Adams at CUE Art Foundation, NYC (2008), and The Nature of Line at Magazzino d’Arte Moderna, Rome, Italy (1997).

Adams’ work is currently on view in Vanishing Points curated by Andrianna Campbell at James Cohan Gallery, New York, NY, Quicktime at the University of the Arts in Philadelphia, PA and Say Yes at Wayne State University, Detroit, MI. Two upcoming group exhibitions include Albert Baronian Gallery in Brussels, Belgium and A Space for Thought at Brand New Gallery, Milan, IT.

She is a 2016 recipient of the John Simon Guggenheim Memorial Fellowship. 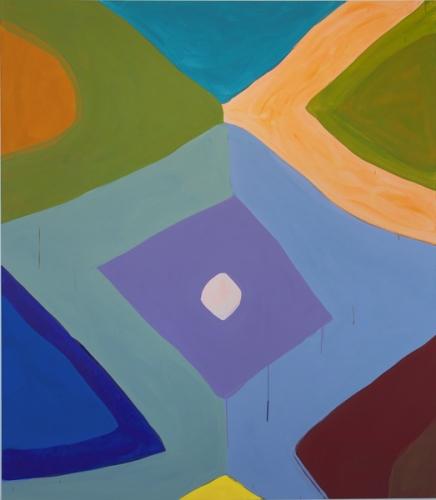