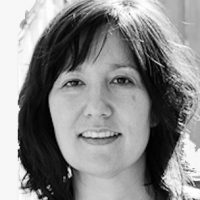 Mari Eastman’s work possesses a sort of sophisticated adolescence. Working traditional painting materials such as watercolor and acrylics in with less traditional elements, Eastman amalgamates images, objects, textures and texts to produce dynamic and alluring compositions. Eastman’s signature eccentricity is glitter, which she applies generously, but particularly to highlight poignant moments in these compositions, which are replete with pop-cultural references and feature subjects stereotypical of adolescent girls’ daydreams — horses, love, fashion models, wildlife, and money. The effect, as writer Michael Bulka noted, is like that of a teenage girl’s giant scrapbook, in all its awkward earnestness. Eastman’s edge is in the hindsight and maturity she applies to the elements. On one of her paintings, of a photograph of a lynx with its ears covered in blue glitter, the artist offered the following insight: “I’m afraid of my bad taste, and probably with good reason, but a little bad taste is a good thing. It shows a little independent thought.” Eastman’s work has been exhibited in Europe and in New York, where she recently had a solo exhibit at Bronwyn Keenan Gallery. Of the August 2000 exhibition, Roberta Smith of the New York Times had this to say: “…the main strength is the paintings themselves, with their deft mix of quirky images, ad hoc techniques, and off-hand beauty.”

A Los Angeles resident, until now Eastman has only been seen in Los Angeles in small group shows at China Art Objects and Three Day Weekend. Eastman’s installation at Los Angeles Contemporary Exhibitions was her largest, most ambitious project to date. For this project she used the gallery as a studio, unfolding the process of decision-making and execution in real-time to produce an installation of paintings, drawings, glitter, emotional flotsam and found source material, as well as the apparatus of its creation.

Mari Eastman received her BA from Smith College, Northhampton, MA in 1992, and her MFA from The Art Institute of Chicago in 1996. She has had solo shows in New York at Bronwyn Keenan Gallery, in Chicago at Ten in One Gallery and Chicago Project Room, and Copenhagen, Denmark. She has participated in group shows in New York, Los Angeles, Chicago and Frankfurt. Eastman’s work was featured in a group exhibition that opened 31 January 2001 at the Victoria Miro Gallery in London. This was Eastman’s first solo exhibition in this city. 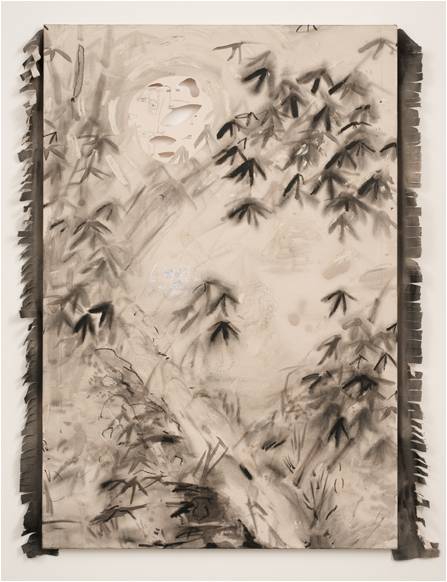