Margaret Jordan Patterson was born in Soerabaija, Java. She began her formal study of art at the Pratt Institute in New York City, under Arthur Dow, and continued her studies in Boston, Massachusetts under Herman Dudley Murphy and Charles Herbert Woodbury. She also traveled and studied in Spain, Italy, and France. Returning to the United States, Patterson worked as an art teacher in Boston, and in 1912 was appointed director of drawing for the Boston public schools. In 1920, she was selected to head of the art department at Wellesley College, Massachusetts. Patterson continued to teach until the early 1940s, and spent her summers painting and teaching at her studio in Horn’s Hill, Monhegan Island, Maine, taking her inspiration from the area’s rugged topography. Patterson was best known for her watercolors and woodblock prints. 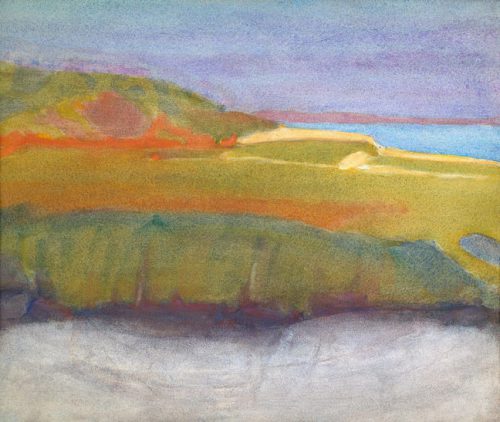 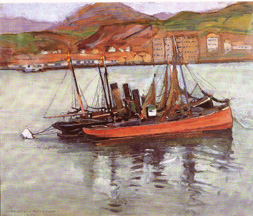