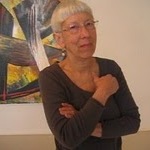 A Boston native who studied at New York’s Pratt Institute and Reed College, the young Parker was not an enfant terrible. But like many emerging artists of every generation, she felt the best painting possible meant being difficult, inscrutable. Bending was the language of compromise.

The young Parker rarely bent her artistic will. Direct, forthcoming and too tart-tongued to ever be popular, Parker was the Type-A, driven Modernist at a time when clever Pop irony was filling museums, galleries and dominating studio chatter. While others strategized about art careers, Parker attacked the canvas, battling notions of geometric form and space and dispatching muscular armies of color to bring them to life.

Still, Parker’s early paintings suggested a baseline player. She began by trying to marry Abstract Expressionism with Cubism and pouring paint onto canvas. Soon, poured paint gave way to more distinct mark-making, and Parker began to evolve into the artist we recognize today, one whose embrace of art history rarely extends beyond 1970. Among her influences are the Russian expressionist Wassily Kandinsky; American abstractionists from two generations, Marsden Hartley from the early 20th century, and a Parker contemporary, Elizabeth Murray, who died this year at 66; and increasingly, as her career has progressed, C.S. Price, the pioneering, early 20th-century Oregon Modernist. 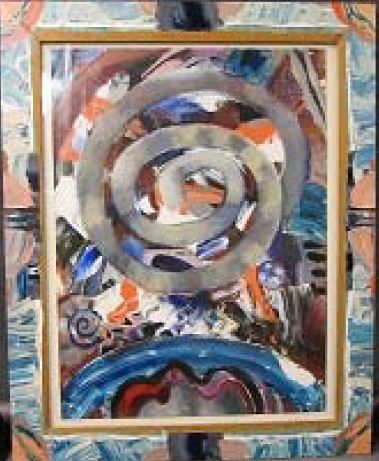