Louis Oscar Griffith was born on October 10, 1875 in Greencastle, Indiana. His family moved to Dallas, Texas in 1879 and again to St. Louis in 1893 and then to Chicago in 1896. After high school, he studied at the St. Louis School of Fine Arts, the Art Institute of Chicago and the National Academy of Design. “Griff” had visited Brown County many times while living in Chicago. He traveled and sketched in Europe, New York, New Orleans and Mexico before returning back to Chicago. He and his wife Carolyn were married in 1920 and moved to Brown County in 1922 to become part of the Art Colony. He was an expert at etching and printmaking and began more impressionist painting as he was influenced by other artists in Brown County. He was a regular exhibitor and received many awards at the Hoosier Salon as well as the gold medal at the Palette and Chisel Club in 1921 and the Chicago Society of Etchers prizes in 1949 and 1953. His exhibitions included the Smithsonian Institution in 1945. He was a charter member of the Brown County Art Gallery Association in 1926 and the Brown County Art Guild in 1954. Griffith died November 13, 1956 in Franklin, Indiana. 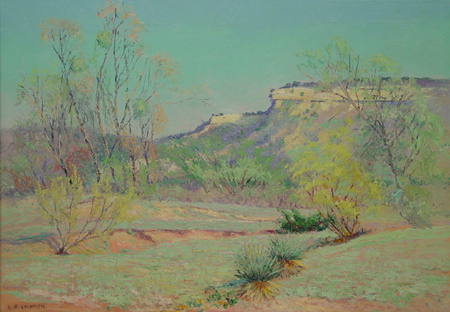 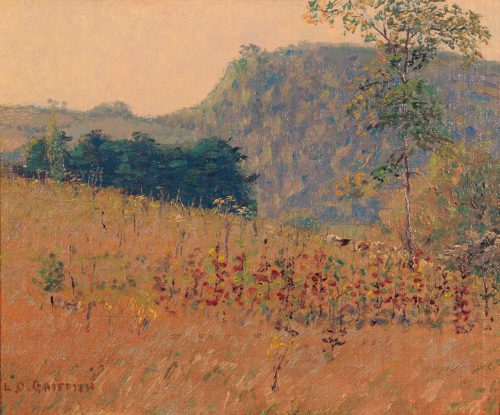