Liu Anping (born 1964 in Sanyuan, China) lives and works in Berlin. The artist has had solo exhibitions in Berlin, and has participated in group exhibitions in New York, Beijing, Berlin and Weimar, among others. Liu Anping has studied arts at the Academy of Xi’an, and has graduated from the oil painting department of Zhejiang Academy of Fine Arts. In China, he worked as an independent artist from 1989 to 1996, after which he settled in Germany. Anping describes his career as follows: “In 1989, what was the spatial relation between the cannons of the People’s Liberation Army, and the vantage point that the Tiananmen Square offered? Where was the right angle to observe and recognize things correctly? Is there room for neutrality? Or are we amidst complete confusion, which has been generated by a conflict between time and space? In order to find the right perspective I began to float – in a most persistent manner – in the skies over Siberia. But for me, a safe landing was not possible. The process of my landing, and the speed of it, seems morally objectionable and ruthless. Therefore my work cannot be judged correctly, nor does it need to be. The work of an artist doesn’t need to be digested or eaten up; yet it remains hungry for criticism. Due to the furious brutality of that hunger, I became a critic – and a careerist. ‘Down with the counter-revolution!’” 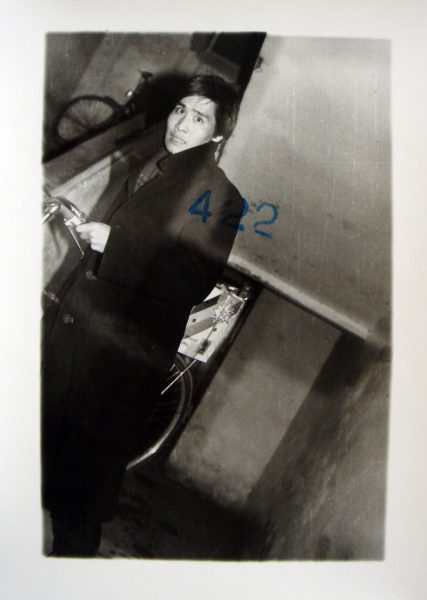