Larry Francis Lebby developed and honed his artistic skills at Allen University in Columbia, SC, and the University of South Carolina, where he earned a BA in 1973 and a Master of Fine Arts degree in 1976. In 1973, USC professors Drs. John and Grace Jordan McFadden, who were early collectors of his artworks, sponsored his first solo show. Since then his work has been displayed throughout the United States in places such as the White House, the Smithsonian Institute, the United Nations and the United States Senate. In 1989, his work was displayed at the Vatican in Rome.

Lebby’s work is included in the private collections of numerous entertainers such as: Eddie Murphy, Gregory Peck, James Earl Jones, Roberta Flack and politicians Senator Strom Thurmond and the former mayor of Atlanta Andrew Young. His portraits of noted South Carolina educator and theologian Dr. Benjamin Mays and civil rights advocate Modjeska Simpkins hang in the South Carolina State House. Lebby’s southern roots are evident in many of his works especially his paintings of the people, the architecture and the landscape of his native South Carolina. 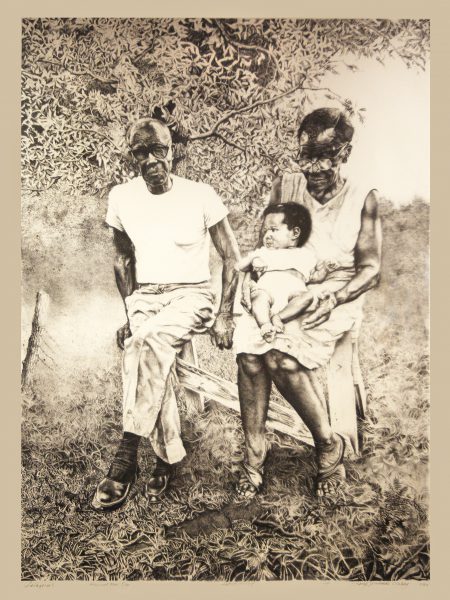