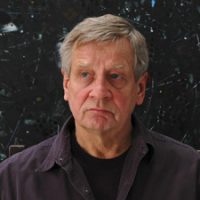 I would prefer for my work to be seen first in accord with my intentions for it. Then, if the viewer wishes to give it a life outside of this base of comprehension into diverted paths of interpretation, it is the viewer’s subsequent right. I feel my specific vision is the prime factor for whatever expressive possibility my work can carry and that should be its first viewing lens. The work should fill the gaze of the viewer for an extended period of time, to go through a consideration process similar to the organization the work had undergone. The work tries to convey a thinking and a feeling process of human and world reference spread out before one’s eyes. There is no pictorial memory to take away from these articulated fields of sensations, or texts of painterly terms, presented in a visual metalanguage.

I believe I am not making objects, pictures, or societal symbols; and this is a departure from a traditional painting aspiration, where image, narrative, design, or process can be codified. I have sought to build my painting on a different premise. Using numerous episodic, associative, and formal constructs in nonlinear display, I have tried to find a visual parallel to musical composition. To reflect contemporary experience, my aesthetic prerequisite has been to indicate vast semiotic and informational fields. My organization of them has been maximalist – addressing simultaneity and complexity in a nonhierarchical, cross-referential mode. This orientation has been crucial to my work from 1959 to the present.

I see pictorialism as the bankrupt aspect of the art of painting. The overwhelming presence of mechanical pictorialization: photo, film, TV, and computer makes handmade “pictures” inconsequential. The commercialization of the picture (still or moving) for product promotion is a further assault on the credibility of anything pictorial as modernist fine art. I think it leaves my art no choice but to redefine itself according to its essential premise, the fully composed and abstractly articulated field. I am not interested in making a trivial image commodity (by hand) to share opportunities with the camera-machine and one-line advertisements. I want to compose with a rich visual language and a minimized pictorial function, to have painting operate at its basic human root, being a testimonial to the emotions, the hand, present time, and considered thought. 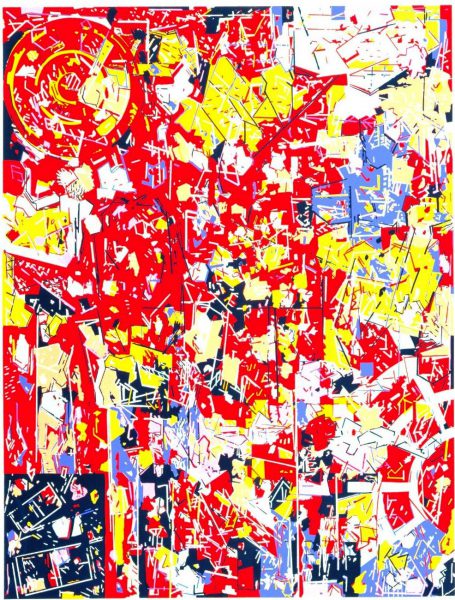