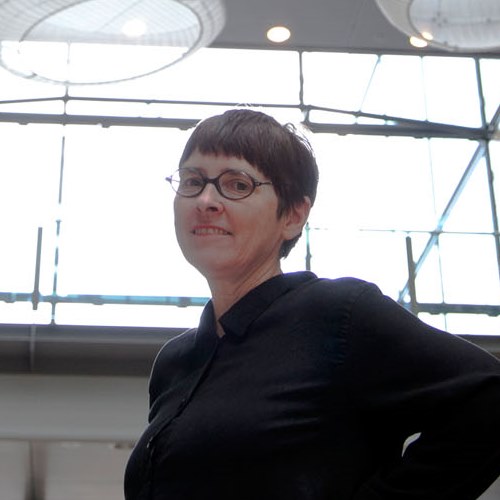 Alabama-born artist Kendall Buster (1954-) is widely regarded as one of the most innovative sculptors in the United States because of the unusual merger of art and science in her work. Trained as a microbiologist, Buster creates sculptures that have been described as “biological architecture,” that reference the molecular world by recreating its shapes and forms on a massive scale. Buster sometimes collaborates with her husband, South African artist Siemon David Allen (1971-), whom she married in 1997.

Buster earned a BFA degree from the Corcoran College of Art and Design in Washington DC and an MFA in Sculpture from Yale University as well as participating in the Whitney Museum’s Independent Study Studio Program in New York City.

Her work has been exhibited in numerous venues nationally and internationally including the Hirshhorn Museum and the Kreeger Museum in Washington, DC, Artist’s Space and the American Academy of Arts and Letters in New York City, the Haggerty Museum in Milwaukee, the Kemper Museum in Kansas City, the Boise Art Museum in Boise, Idaho, Suyama Space in Seattle, Washington, the Bahnhof Westend in Berlin, and the KZNSA Gallery in Durban, South Africa.

Buster has created commissioned sculptures for the DC Convention Center and Wilmer Cutler Hale in Washington, DC, Markel Corporation and Massey Cancer Center in Richmond, VA, The Science Center at The Episcopal School in Alexandria, Virginia, The Bank of Oklahoma Arena in Tulsa, as well as a roof-top sculpture at The Nevada Museum of Art in Reno. Buster also recently completed a sculpture commission for The Agave Branch Library in Phoenix, Arizona. Upcoming projects include commissions for The Indianapolis Museum of Art’s Virginia B. Fairbanks Art and Nature Park, The New Chemistry Building at Princeton University, Gilman Hall at Johns Hopkins University in Baltimore, and The San Francisco International Airport.

Buster has been interviewed by Neda Ulaby on NPR’s Morning Edition as part of a series on art and science and was the recipient of a 2005 American Academy of Arts and Letters Award in the Arts. She currently lives and works in Richmond, Virginia and is a Professor in the Department of Sculpture and E 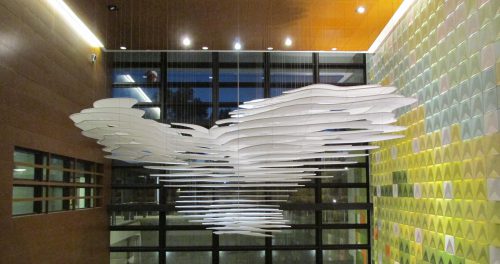