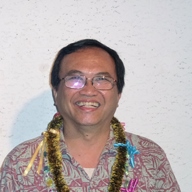 Ka-Ning Fong immigrated from Hong Kong to Hawaii in 1967, and received both his Bachelor of Fine Arts and Master of Fine Arts degrees from the University of Hawaii at Manoa, where he currently teaches both drawing and painting. He also teaches at Honolulu Community College and Windward Community College, and has been the recipient of numerous awards and honors. Fong has had solo exhibitions at KCC’s Koa Gallery in 2013, HPU Hawaii Loa Gallery in 2008, the balcony gallery in 2007, and bibelot gallery in 2004. He was featured as an invited artist at The Honolulu Academy of Arts’ Artists of Hawaii in 1995. In 1992, Fong had a solo exhibition at The Contemporary Museum. His work has been featured in Old Hawai`i/New Hawai`iat The Contemporary Museum at First Hawaiian Center, East is West in Hawai`iat The Honolulu Academy of Arts, Concepts-IX at Linekona Art Center, and Vanishing Point: Landscape in Hawai`i at Amfac Plaza. Fong’s work is represented in the collections of the State Foundation on Culture and the Arts, the Honolulu Academy of Arts and The Honolulu Advertiser. 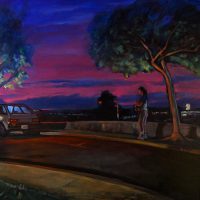