Julius Charles (Chas) Berninghaus was the son of Oscar Berninghaus, one of the six founders of the Taos Society of Artists. The young Berninghaus grew up in St. Louis, but often traveled to Taos, New Mexico, accompanying his father on sketching trips. He later studied art formally at the Art Institute of Chicago (Illinois) and the Art Students League (New York City), summering annually in Taos, until moving there permanently in 1927. While his father supported Chas’ decision to be an artist, he encouraged his son to seek his own distinctive path and style. The younger Berninghaus painted out-of-doors almost exclusively, seeking to capture the momentary qualities of light. 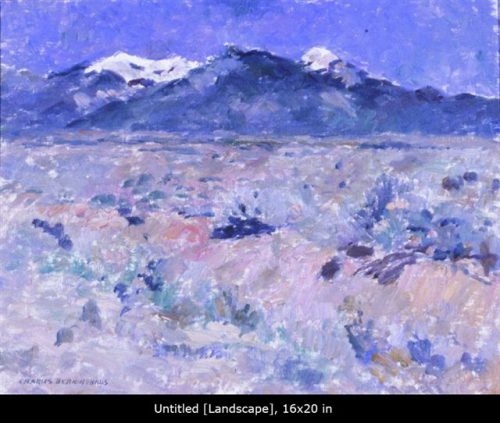 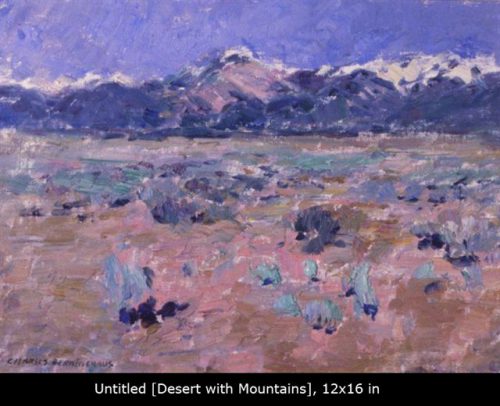 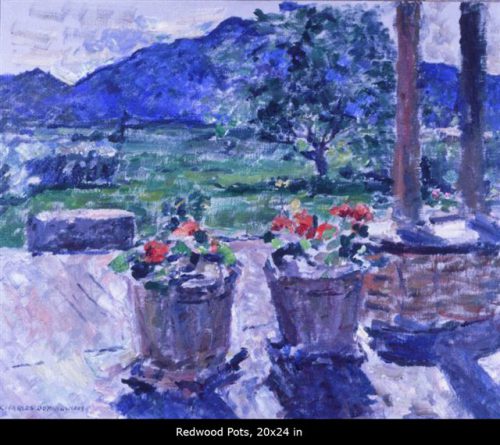 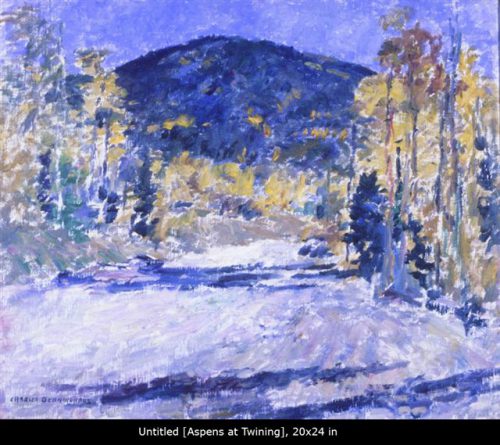 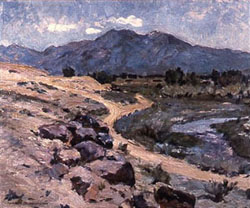