Josh Dawson was born in January 1981 in the small community of Alert Bay, off the northern end of Vancouver Island, British Columbia, Canada. He is a member of the ‘Namgis band of the Kwakwaka’wakw Nation. Dawson was mentored by Beau Dick, one of the coast’s premier carvers and ceremonialists.

Josh has developed his own signature style, capturing the spirit and power of his subjects, while maintaining his traditional heritage. He is best known for his masks, carved primarily from red or yellow cedar, and richly detailed with paint, cedar bark, and horsehair. Dawson is very much in tune with his Native heritage. In addition to his participation in potlatch ceremonies, he is fluent in the Kwak’wala language and a singer of traditional songs through which the stories and beliefs of the Kwakwaka’wakw have survived. 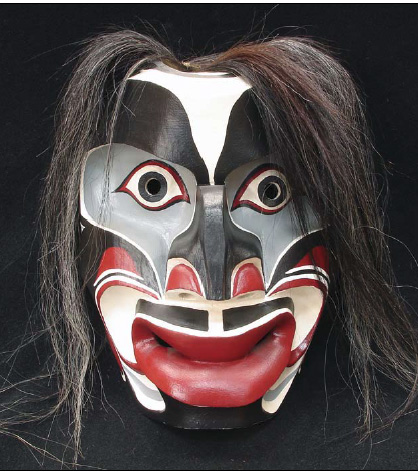