Joseph Whiting Stock was born in Springfield, Massachusetts. In 1826 an oxcart fell on him, paralyzing him from the waist down, and in 1832, on the advice of his physician, he began to study art so that he might make a living. His teacher was Franklin White, a pupil of Chester Harding (1792-1866).

In 1834, when Stock was commissioned by Dr. James Swan to do a series of anatomical drawings, the doctor constructed a wheelchair which enabled the artist to sit up and move about his parents’ home. The chair could be lifted on and off trains, and soon Stock was accepting portrait commissions in neighboring and more distant towns. In 1837 he worked in Stafford, Connecticut, for several weeks. After surviving a life-threatening hip operation in 1839, he went to Warren and Bristol, Rhode Island, in 1842; New Bedford, Massachusetts, in 1842-1843; Middletown and Goshen, New York, in 1852-1853; and Port Jervis, New York, his last place of work, in 1854. Between his travels he worked in rented studios in Springfield. It is unusually fortunate that Stock kept a diary of his activities and commissions for fourteen years. This rare documentation not only describes Stock’s career, but provides great insights into the lives nineteenth-century itinerant portrait painters in general.

In addition to the full-length portraits of children at which he excelled and the half-length portraits of adults, Stock painted miniatures and a few landscape and genre scenes. He also sold boxes, clocks, and frames ornamented with shells, and toward the end of his career he copied daguerreotypes. His journal records that from 1832 to 1846 he executed over 912 paintings and left an additional 85 to 95 among his possessions at his death.

Stock died of tuberculosis at the age of forty, in the city where he was born. 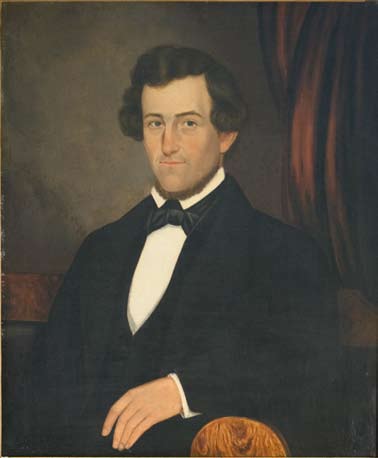 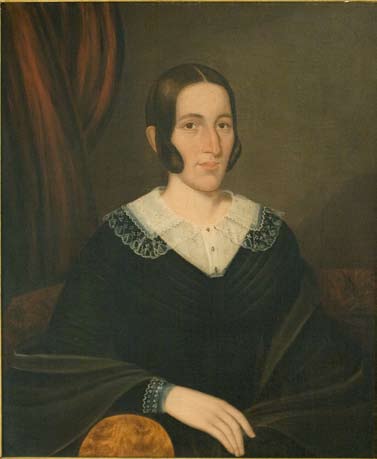