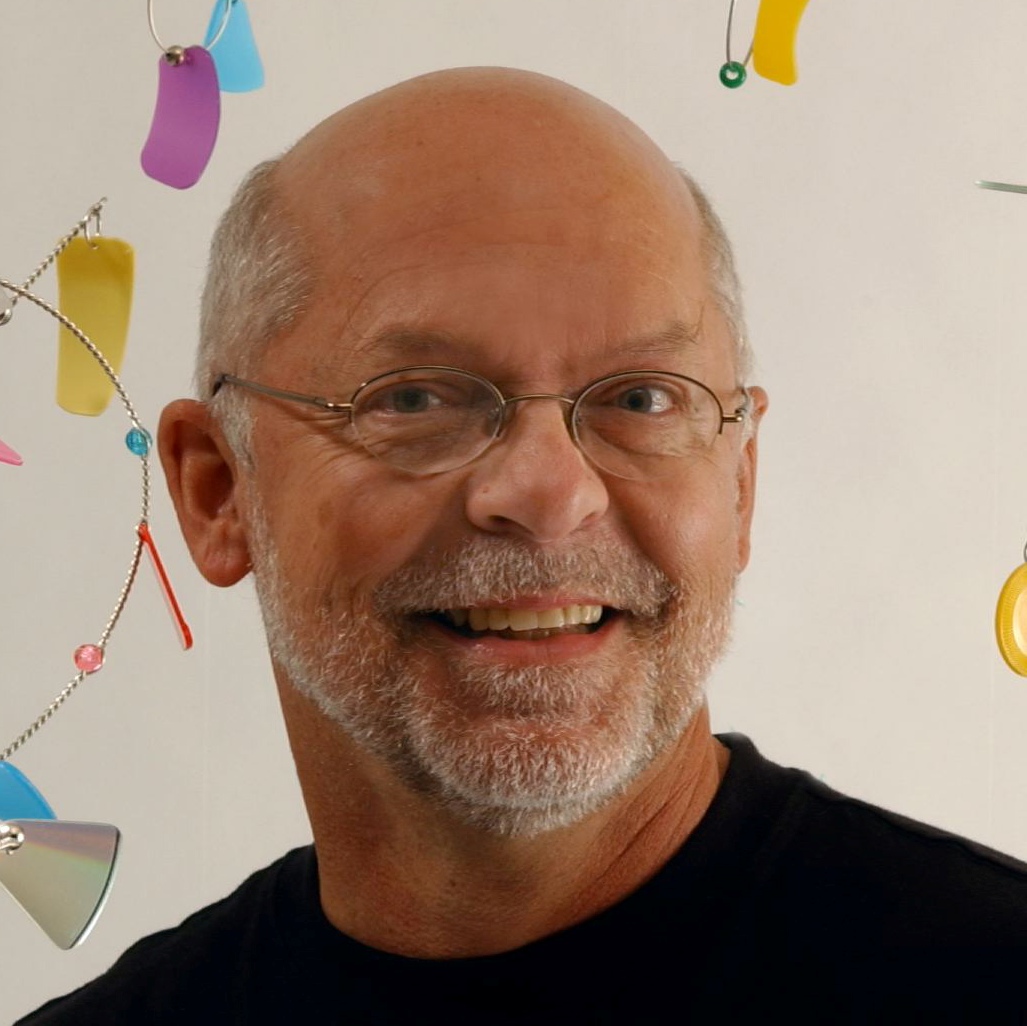 John Garrett has been working with the application of textile technologies and imagery to various materials, has been pushing the boundaries of traditional fiber art and textiles for the past twenty-five years. Currently a full-time studio artist in Albuquerque, New Mexico, Garrett taught for many years at colleges and universities in California, including Scripps College and UCLA. He has been teaching work-shops on creativity and experimental basketry nationwide for the past several years.

Exhibited extensively throughout his professional career, Garrett’s work is included in the permanent collections of many museums such as the Renwick Gallery of the Smithsonian American Art Museum, the High Museum, the American Craft Museum, the Detroit Institute of Art, the Carnegie Museum of Art and the Albuquerque Museum. He was awarded fellowships from the National Endowment for the Arts in 1983 and 1995.

The basis of all fiber work, in which I received my formal training, is the line. Textile constructions were invented to control that line: to put it in a specific place and to secure it there. My investigations since the mid 1970’s with metal grids, with aluminum and steel since the1980’s, are efforts to increase the expressive qualities of various linear elements within a textile construction. The inherent qualities of metal contribute significantly to these efforts.

My Nets are built from individual loops of aluminum, steel, brass or copper in slat or wire form. The results are both an activated surface and a dimensional construction. The spaces between the parts are integral parts of the piece. The Dancer Series grew out of my long use of stitching strips of aluminum through hardware cloth, a welded wire grid. In these hanging sculptures, long strips of the stitched grid work twist around one another to create vertical forms or energetic movement. The Wire Drawings reveal what has often been obscured in my work. For years I have plied steel wire to make armatures for my sculptures. In this new series, the small forms can hang singly or in concert with others. They move back and forth between being a flat drawing and a fully realized three-dimensional form, while being neither. 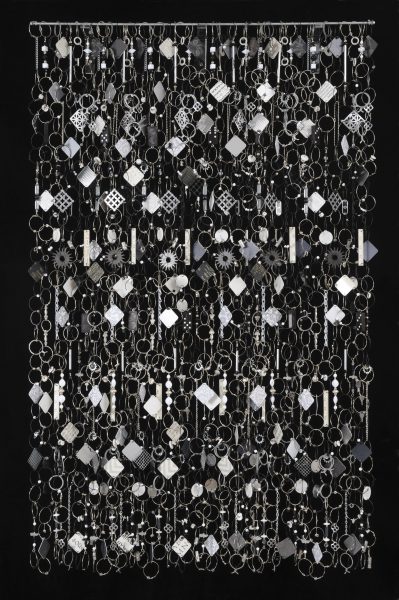 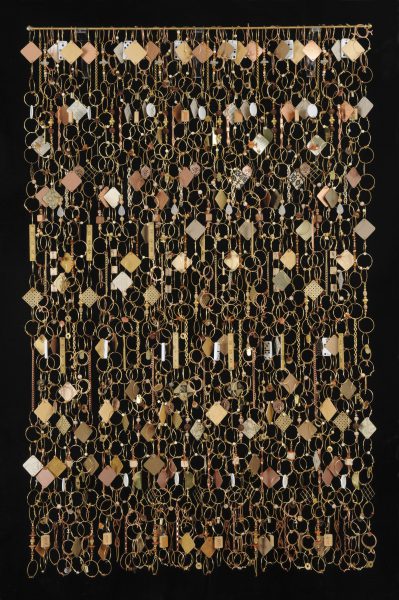