A native of Copenhagen, Denmark, Berthelsen was six years old when his family immigrated to the United States. Berthelsen originally studied music and voice at the Chicago Musical College, in 1910 Berthelsen was encouraged to take up painting by the Norwegian painter Svend Svendsen (1864-1934). In 1913 Berthelsen accepted a position as the head of the voice department at the Indianapolis Conservatory of Music, there he began his artistic training under the Indiana-born artist Wayman Adams (1883-1959). In 1920, Berthelsen opened a private studio in New York, where he gave voice lessons, although he devoted most of his time to music, Berthelsen painted – at first for his own pleasure and, after 1932, on a full time basis. In addition to the Panhandle Plains Historical Museum in Canyon, Texas, Berthelsen’s paintings can be found in the permanent collections of the Butler Institute of American Art, Youngstown, Ohio, and the Sheldon Swope Art Museum, Terre Haute, Indiana. 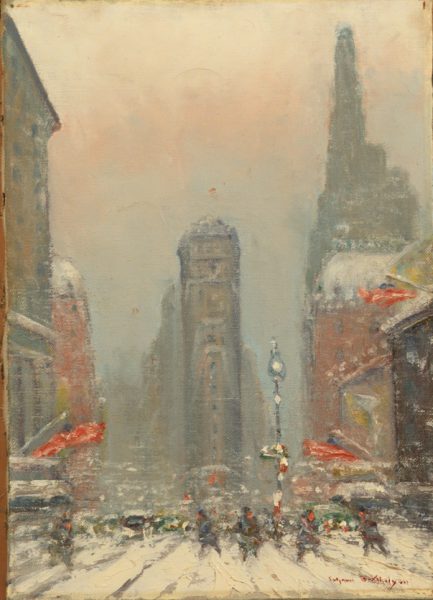