Joe Overstreet was born in Conehatta, Mississippi, and moved to California when he was a boy. In the early 1950’s, he lived and worked in Berkeley and San Francisco. In 1955, he worked for Walt Disney in Los Angeles, drawing the characters in animated films. You would think this would be a dream job. Who has ever seen a Disney movie or been to a Disney park? It would seem to be ideal working in the background for Disney but it was very stressful for Overstreet. He had to draw animation – the same thing over and over with just a hint of change. There was not a lot of free expression. So he felt stifled.

After only 2 years he moved to New York City in 1957 where he designed displays for windows. He also studied art while living there. The window displays were very important for the stores to be original and never the same so you can see why Overstreet would like this opportunity.

Overstreet is now teaching at the University of California. His latest paintings are large, very colorful canvases shaped with rope or wooden stretchers. His designs are based on magical geometric patterns and African and Native American symbols. 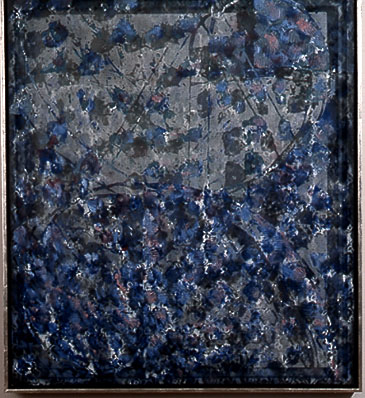