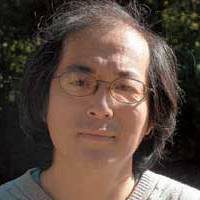 Jian Wang was born in Dalian. At twelve, the quality of his artwork earned him admission in the Dalian Youth Palace of Arts, where he studied for six years.

Jian got his Bachelor of Science in Engineering at the Dalian Railway Institute, where he later taught for four years. It was here that he met Marjorie Francisco, a retired art teacher from Sacramento, who taught English at the Institute. Impressed by his artwork, Marjorie sponsored Jian’s journey to America so he could have the freedom to develop his own artistic voice.

In 1986, Jian arrived in the States. He took art courses at Sacramento City College from Fred Dalkey. At University of California, Davis he learned from such modern masters as Wayne Thiebaud, Manuel Neri, Roland Peterson and David Hallowell. Jian received his M.A.degree in 1994, at California State University, Sacramento, under the advisement of Oliver Jackson.

Jian Wang’s buffet of visual delights emerges from the concept of method itself of the painter’s technique, of the practice of applying paint. The process of creation is as important as the product created. Such is, at least, the essence of painting for the artist himself. No matter the subject, be it landscape, still life or figural, Jian Wang’s paintings express more than the essence of the scene, but also push against the boundaries of his medium.

Since his first solo show at the Artist contemporary Gallery in 1987, Jian Wang has held over 50 solo exhibitions in Beijing and across the United States, in cities such as New York, Washington, D.C., Atlanta, Santa Fe, San Francisco, Memphis, Kansas City, Sacramento, and San Diego. His works are included in hundreds of public and private collections.

In 2007, Jian Wang was invited by the National Art Museum of China (NAMC) in Beijing to prepare a show of his work in the museum during the 2008 Summer Olympics in China. The show, entitled “Jian Wang: Full Circle” was curated by Fan Di’an, the director of the NAMC and opened on August 19, 2008. A hardback book cataloguing the featured pieces from the exhibition entitled Jian Wang, 2008 was published by the Hebei Educational Press, featuring written contributions by Fan Di’an, Scott Shields, Ph.D., Wang Duanting, and Gu Yue, Ph.D.

In March of 2007, KVIE, a Public Broadcasting television station in Sacramento, produced a program on Jian Wang and his work. Scott Shields, Assistant Director and Chief Curator of the Crocker Art Museum in Sacramento, Wayne Thiebaud, Fred Dalkey, Ruth Solomom and others, were interviewed for the video.

From March to September of 2007, California State University, Sacramento hosted a retrospective show of Jian Wang’s work entitled “Jian Wang: Two Decades in America” and published a coinciding book by the same name, with an essay by Scott Shields, Ph.D. 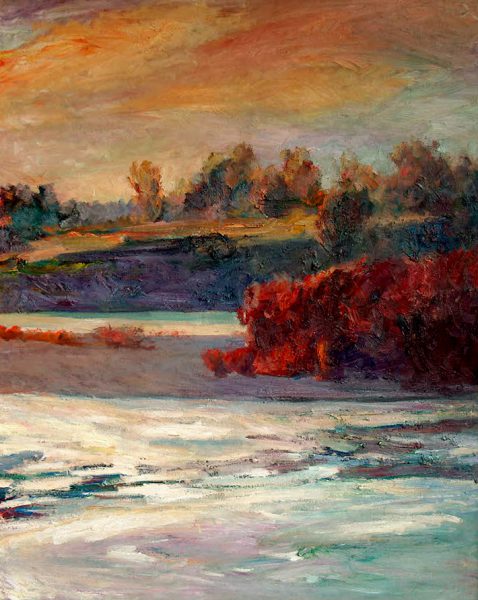 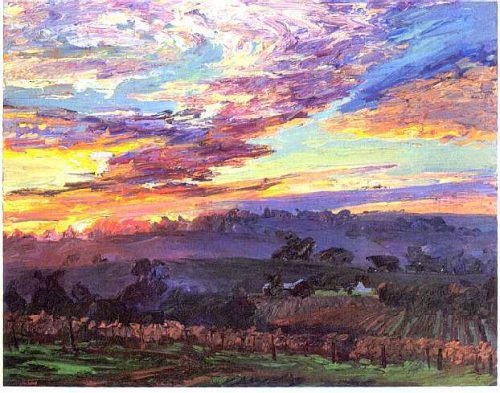