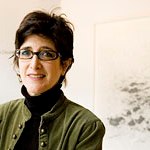 “The work is a response to natural forces, things outside our control and that which we do affect. Imagewise, the work focuses on the importance of water, the constancy of tides, man’s intervention and sustainability. I additionally use the current images as a means to explore more personal issues of time passage, silent observation and memory. The work is based on observation as well as recollection; it is defined by the real and the constructed. Travels to Asia and studies of Eastern traditions in landscape painting and religion were significant in developing the current body of work. The drawings and paintings are a conversation around gesture, the mark and the symbolic nature of visual language. They are used to describe as well as suggest; change, constancy, and rhythm.”

Janis Goodman was born in New York City. She holds a Bachelor of Arts degree from Queens College, New York, and a Master of Fine Arts degree from George Washington University, Washington, D.C., with additional studies at the Corcoran College of Art + Design, Washington, D.C., and Pratt Graphics Center, New York City. She has participated in numerous exhibitions throughout the United Sates, as well as
in Germany, Italy, Japan, Peru, Russia, and The Netherlands. Her work can be found in several private and public collections, including the Corcoran Gallery of Art, Washington, D.C.; the Mississippi Museum of Art, Jackson; and the Allen Memorial Art Museum, Oberlin College, Ohio. 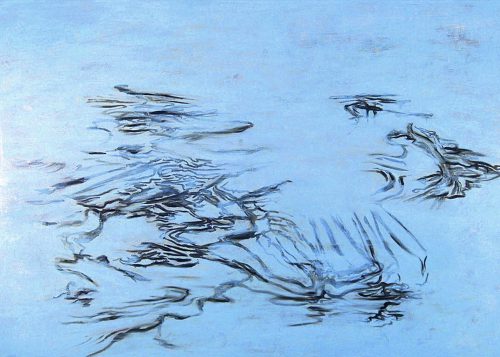