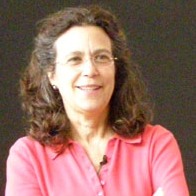 Janie Paul is a painter, community-based artist and educator whose primary focus is the capacity of visual meaning-creation as a vehicle for social change. Prior to joining the University of Michigan faculty in 1995, she taught at the Parsons School of Design in Manhattan and the Brooklyn Museum Education Department. She also served as artist-in-residence for New York’s Studio in a School Program.
As a graduate student, Paul researched the perceptual and artistic development of children as expressed in drawing, which has shaped her subsequent work in schools and prisons. Since coming to Michigan, she has developed numerous projects that bring students into contact with Detroit schools, prisons and juvenile facilities.
In her Art Workshops in Prisons class, Paul’s students facilitate art workshops in juvenile facilities and adult prisons as part of the Prison Creative Arts Project (PCAP), offered in collaboration with the University of Michigan English Department. Students in her Detroit Connections class work with underserved Detroit public elementary schools, helping youngsters create art that promotes individual growth through collaborative public work.
As the director of Community Connections from 2003 to 2005, Paul led the development of the School of Art & Design Outreach Program, building relationships with local community organizations and helping to launch new undergraduate classes that engage students with diverse groups.
Paul’s painting is simultaneously influenced by her community work and serves as a source for it. Her art, which includes oil and encaustic painting, drawing and printmaking, is rooted in a long-standing connection to nature.
She exhibits regularly at the Blue Mountain Gallery in New York City and various other venues in New York, New England and Michigan. Paul has also presented her work – and created guest workshops – at conferences, prisons and schools nationwide. In addition, she has co-curated 10 annual exhibitions of work by Michigan prisoners, bringing art from approximately 40 prisons to campus each year.