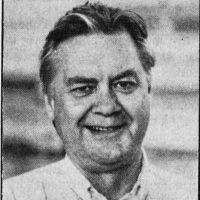 James Seawright is one of the first modern artists to incorporate electronics and technology into his kinetically charged sculptures. Initially working with bronze, wood, and stone, Seawright began creating electronically controlled sculptures in 1963. His works derive inspiration from the Bauhaus art movement, which emphasized movement and light and united principles of mass production with artistic vision. Around the mid-1970s, Seawright built digital circuits that controlled the interactive sculptures using microprocessors. He also experimented with mirror reliefs and surfaces that reflect images based on various angles of light. The artist returned to kinetic sculpture in the 1990s as computer technology advanced, utilizing metal, plastic, and electronic parts. Seawright’s aim is not to program his machines, but to strip its functionality and produce an art form relatable to the viewer. “My reaction to the piece is that it seems to exhibit [or] possesses an actual sensitivity. If you do something to it, it reacts. Reactivity possesses a behavior; it possesses an unpredictability, and yet it’s just nuts and bolts,” Seawright said of the relationship between artwork and artist.

Struggling to decide between a career in art or science, Seawright combined the two and pioneered in a medium of electronic sculpture. As a boy in Jacksonville, Mississippi, the budding artist discovered his passion for constructing objects after coming across machine tools at a friend’s house. After winning a National Science Foundation scholarship to Sewanee University in Georgia, his interests diverted toward English and music, and transferred to the University of Mississippi, Oxford. During his service with the United States Navy as a naval officer, he made furniture using new materials onboard a naval ship. In 1960, Seawright moved to New York City, where he roamed Canal Street and searched for spare electronic parts leftover from World War II to create his electric sculptures. He studied at the Art Students League for two years with American-Spanish modern sculptor José de Creeft. His debut and first artistic success were featured at the Whitney Museum of Art’s Sculptors’ Annual (1967) and The Sixties exhibition at the Museum of Modern Art (1968); his recent exhibition was at the Museum of the Mississippi Delta in 2015. Seawright taught at Princeton University in New Jersey, serving as director of visual arts from 1975-2001. The artist received a Lifetime Achievement Award from the Mississippi Institute of Arts and Letters and Princeton’s Behrman Award for distinguished achievement in the humanities. He was named fellow of the Graham Foundation for Advanced Studies in the Fine Arts in 1970. His works are in public collections from the Guggenheim Museum, New York; the Rose Art Museum, Waltham, Massachusetts; the Wadsworth Atheneum, Hartford, Connecticut; and the New Jersey State Museum, Trenton. 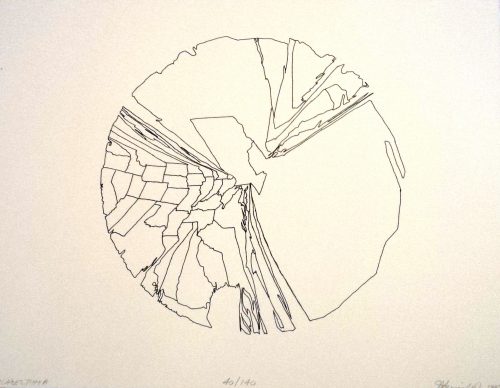