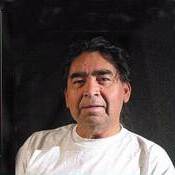 Jackson returned to Tahlequah to live and attend Sequoyah Indian School , there he met his first artistic influence, Art Instructor Mr. Riley White, it was from Mr. White Jackson would learn various art mediums and one in particular silk screening After high school Jackson served two years in the U.S. Air Force as an onboard flight mechanic. After being discharged Jackson returned to Oklahoma and the Muscogee Nation. Jackson began his art career in the early 1970’s, this included not only the traditional flat style but abstract, and sculpture. He has won major art awards and recognition in Oklahoma and abroad. Not only did Jackson paint wonderful works, he also became a master of matting and framing. In the mid 1990’s Jackson began a new adventure when he purchased a silk screen press and started designing and silk screening his own works of art creating a successful line of t-shirts available at Pow Wow’s and Indian art shows throughout Eastern, Oklahoma

Jackson’s paintings can be found in private and museum collections from Albuquerque to New York and of course Oklahoma. Jackson maintains his home and studio in Eastern Oklahoma’s Green Country. 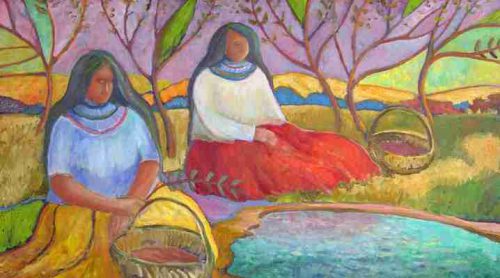