Jackie Kazarian is a Chicago painter, video and installation artist, who uses intense colors and complex surfaces to explore utopian impulses in the face of emotional, social and physical upheaval. Her visually challenging and kinetic paintings integrate different languages of painting and drawing with screen-printing, stamping, flocking, and collage. Kazarian has collaborated with dance choreographers to create installation and video backdrops for performances about biological systems (Fertile Muck, 2003), water (Overflow, 2007), and trash (Monument, 2008).

As the Spring 2008 Fellow, Jackie Kazarian reviewed video and audio history and utilized Columbia College resources to create video and audio recordings, learn about current scientific studies of the relationship between breathing and emotion, and collaborate with scientists and institutions that investigate human mechanisms for understanding and processing personal and social upheaval.

Expect Nothing: New Works by Jackie Kazarian was presented at the Chicago Cultural Center from July-October, 2010. The installation of paintings, works on paper and wallpaper was reviewed by Lori Waxman in the Chicago Tribune and Darrell Roberts at examiner.com. In September, Kazarian and Chicago choreographer Ginger Farley demonstrated and discussed their Awareness Practice, a creative exchange in which the artists observe one another moving and drawing with eyes shut.

Recently, Kazarian represented the U.S. at the 2010 Aleppo Women’s Art Festival in Syria. She presented workshops for artists and art students and exhibited her large-scale wallpapers and paintings in Aleppo, Damascus and Lattakia. 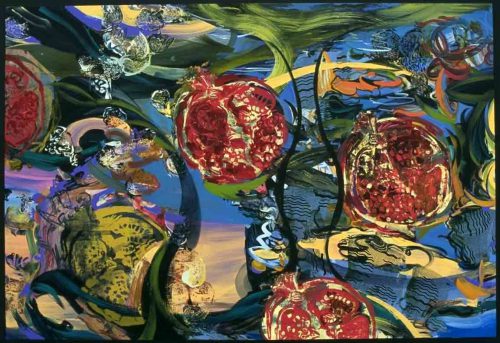 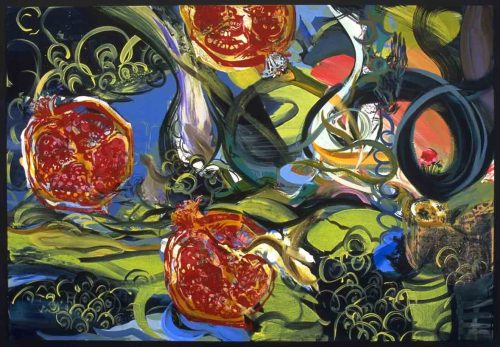 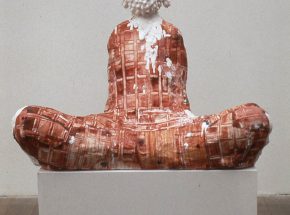