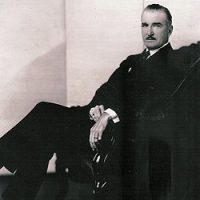 Jack Wilkinson Smith was Born in Paterson, NJ. Smith inherited his interest in art from his father who painted some of the decorations in the Capitol Building in Albany, NY. While in his teens, Jack Wilkinson Smith studied at the AIC and was apprenticed to artist Gardner Symons in Chicago. He later worked as a commercial artist in Lexington, KY and went on to become a sketch artist with the Cincinnati Enquirer. While in Cincinnati, he studied at the Art Academy under Duveneck. During the Spanish-American War his front-line sketches brought him national renown. In 1906 Jack Wilkinson Smith settled in Alhambra, CA and established a studio-home in the eucalyptus grove called “Artists Alley” where his neighbors included Eli Harvey, Frank Tenney Johnson, and summer resident Norman Rockwell. Smith was largely responsible for establishing the Biltmore Salon during the early part of this century. In the Midwest he had worked in watercolor; however, upon moving to Los Angeles, he switched to oil. During the Depression he worked for Pacific Outdoor Advertising. An Impressionist, he traveled the state from one end to the other in search of subject matter. His Sierra landscapes, missions, and seascapes have made him one of California’s most important painters. 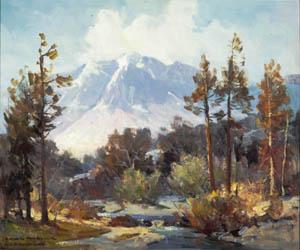 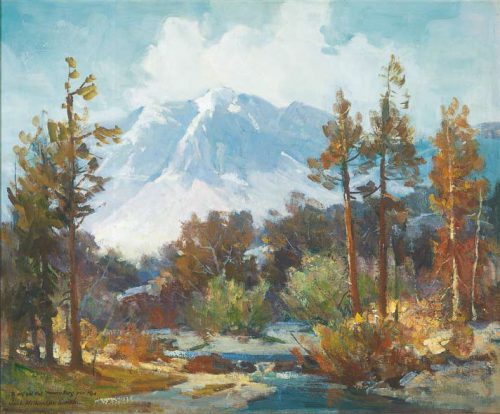 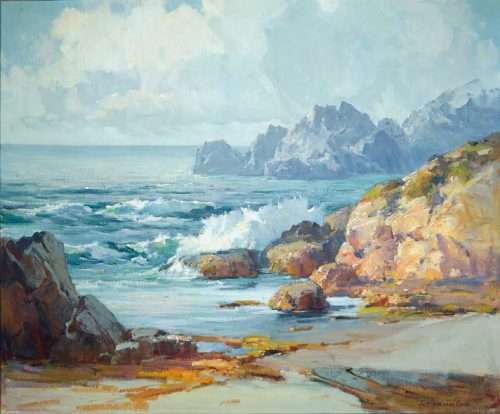