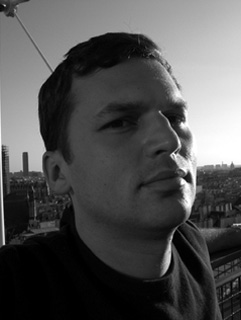 Ivan Stojakovic’s electrically charged paintings create a view of the world that is at once beautiful and foreboding. In Before the Storm, Stojakovic presents a detailed view of a metropolis, which is conspicuously surrounded by powerful atmospheric elements. As a dramatic, stormy sky looms over Stojakovic’s city, the hustle and bustle of city life, suggested by colored lines reminiscent of transit map routes, carries on. Stojakovic communicates an unmistakable sense of unease with his moody gray sky, which is curiously at odds with the cheerful colors and lively movement of the cityscape below it. The juxtaposition of opposing themes raises questions about urban spaces and social order and the importance of those questions in a larger global and environmental context.

Stojakovic was born in Belgrade, where he went on to study at the Academy of Fine Arts. He also studied at the Ontario College of Art and Design in Toronto and earned his Master of Fine Arts degree at Pratt Institute in Brooklyn, New York. He has exhibited widely around the United States and in Canada, as well as in his native Serbia. He is the recipient of many awards and his work can be found in a number of private and public collections. 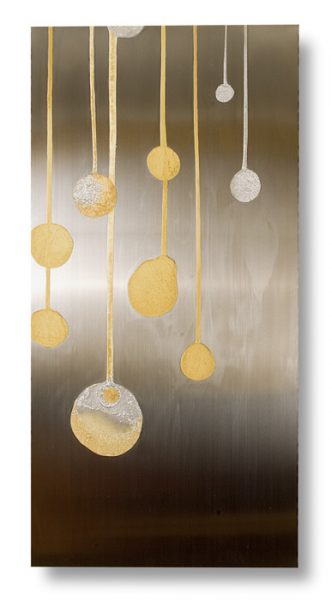 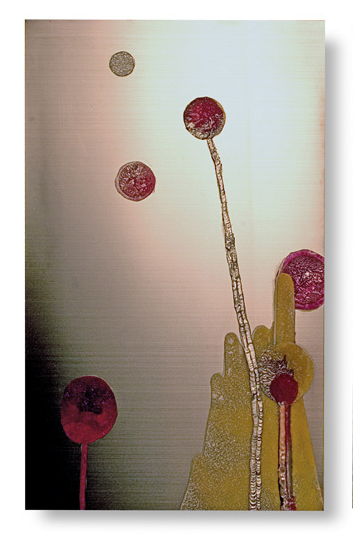 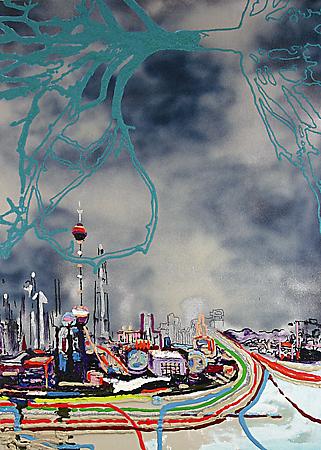